For all sorts of reasons I shan’t go into in this post I’m really not into Christmas, but now the dust is starting to settle I have to share details of a present I received that I’m actually quite excited about: 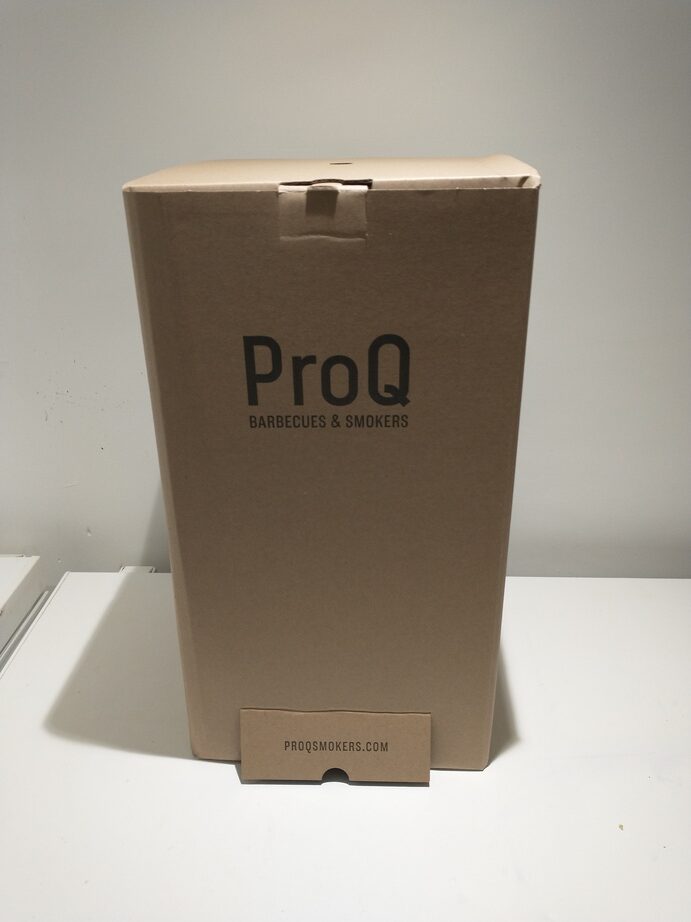 Well, ok, sort of… It’s a cardboard box (actually a cardboard tube inside a cardboard box) that is intended to function as a cold smoker. I’ve been promising myself I’d build a smoker for years but you know… life… so I’m quite looking forward to having a play with this.

Just visible in the top of the box is the smoke outlet (can’t really call it a chimney) which is just a hole about 20mm in diameter. Opening up the top gives access to three racks sitting on supports formed by pushing in the edges of the inner cardboard tube. 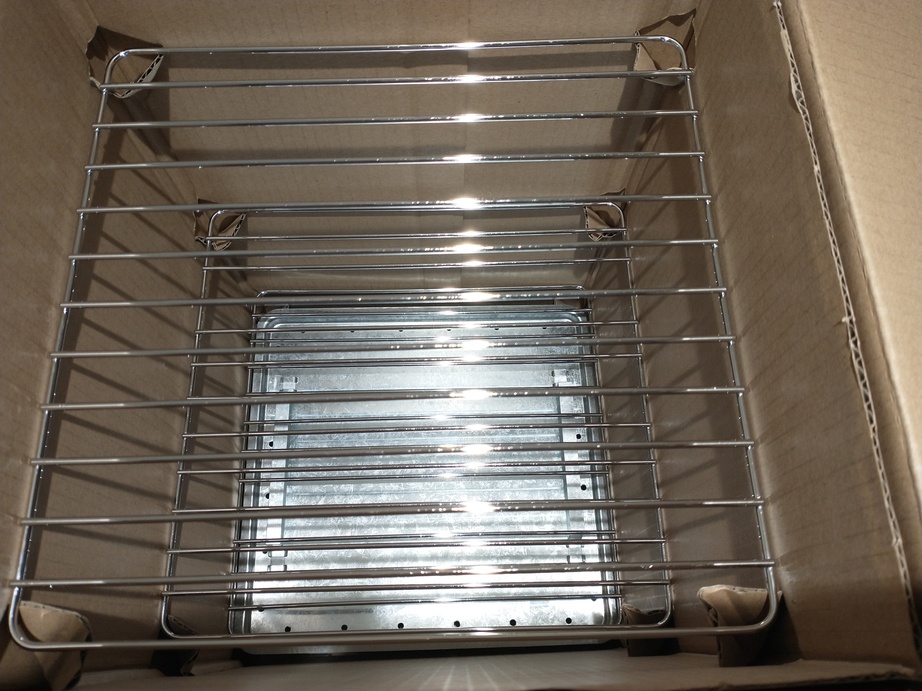 and directly under the bottom rack in that photo you can see a drip tray to catch any gooeyness that falls off the food being smoked.

The real business end of the smoker is behind the flap at the bottom of the box. 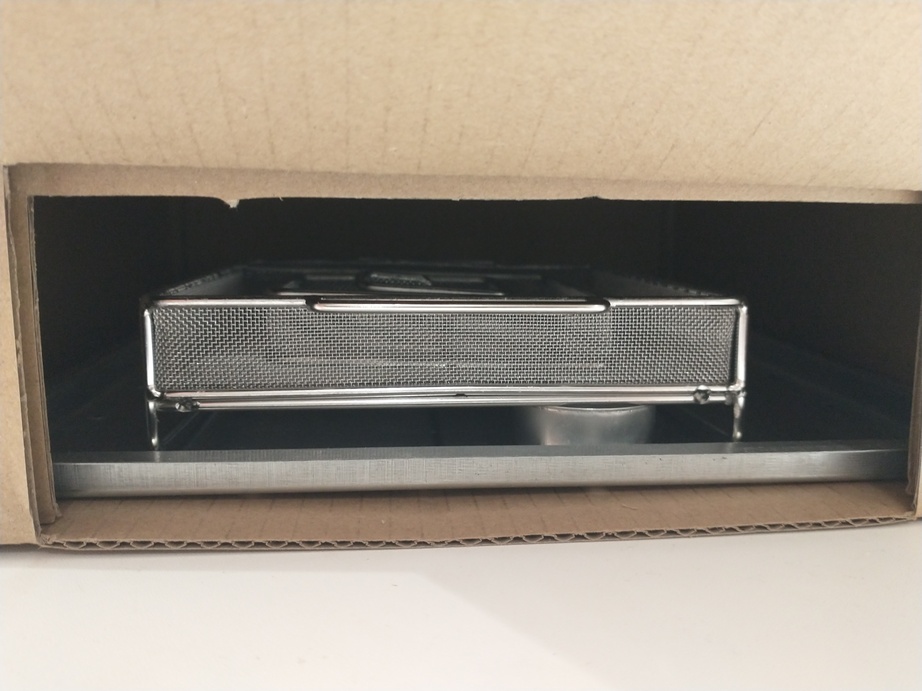 It’s a mesh “spiral” intended to be filled with sawdust, basically. 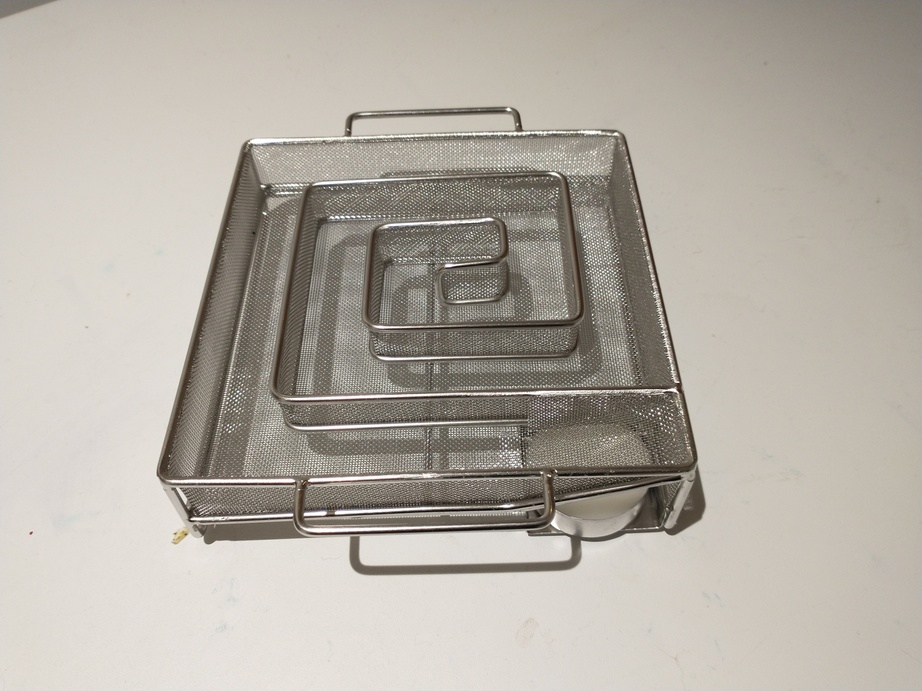 The tea light is used to start the sawdust burning whilst the spiral is outside the smoker, then removed before the smoking sawdust is put into the base of the smoker.

I also received two bags of sawdust to get things under way. 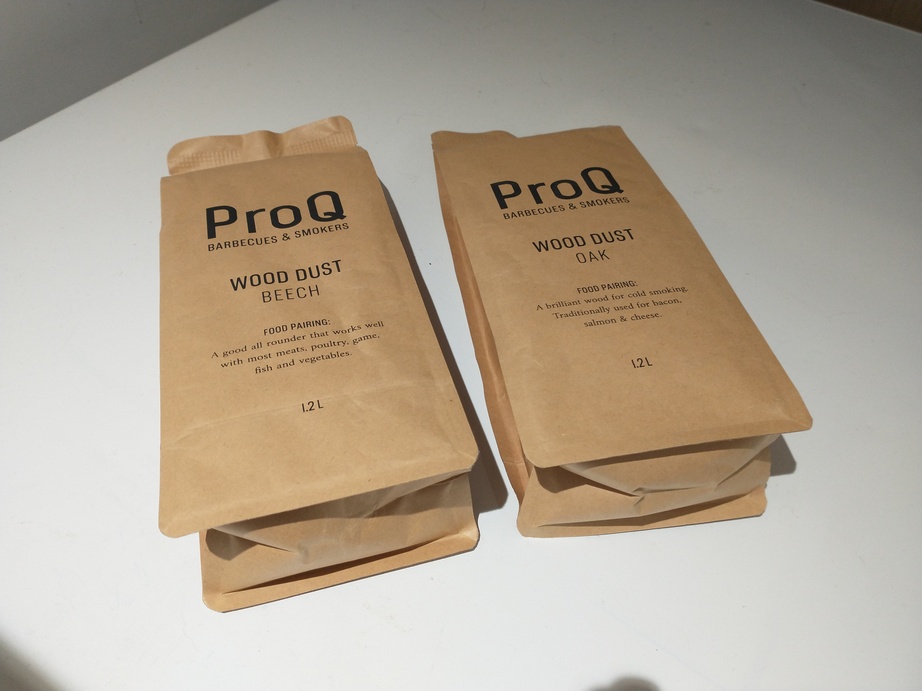 Though as we have quite a few fruit trees as well as beech, oak, ash and sycamore I shall be tempted to experiment with my own sawdust later on.

The smoker box measures about 29cm by 29cm by 54cm which I calculate to be a volume of about 45 litres. The sawdust burner is supposed to be good for volumes of up to 150 litres, so should I wish to in the future I could probably make a larger box up of around 40cm x 40cm x 90cm and still use the same one (there’s a higher capacity one available for larger volumes). That would probably suit some old oven racks that I have lying about (I always knew there was a reason for keeping them :)) and I could put a door in the front rather than having to load and unload the smoker from the top. I have actually been keeping an upright freezer around for the purpose of making a smoker, though that would require the larger burner, but a book that also came with the present suggests that a filing cabinet can work well and I have one of those that I’ve recently removed from my office too! See? This was clearly meant to happen 😀

I think my first experiment will be with some cheese and perhaps a few bulbs of garlic since I have home-grown garlic this year (though we’re getting through it at quite a rate). Smoking meat and fish will be the long-term goal, but I’ll start with the easier stuff first.

This entry was posted in Smallholding, Smoker and tagged ProQ smoker. Bookmark the permalink.