I did finally manage to get lettuces planted out in the polytunnel today. There are quite a variety, mostly ones that are supposed to handle cold fairly well, but some other varieties too that may or may not be happy. Mixed in with them are some mustards and coriander. The one thing I’m completely missing is dill. I’ve sown plenty of dill over the last couple of months, but in every case it’s just gone crazy and tried to flower. It’s possibly too cold to have another go outdoors now, but I might try another batch indoors. 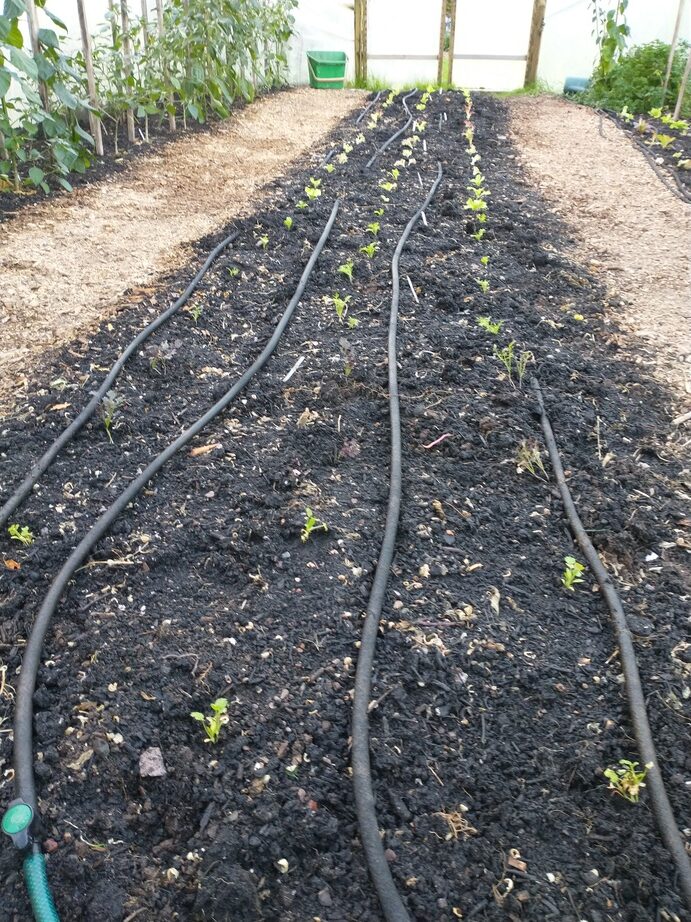 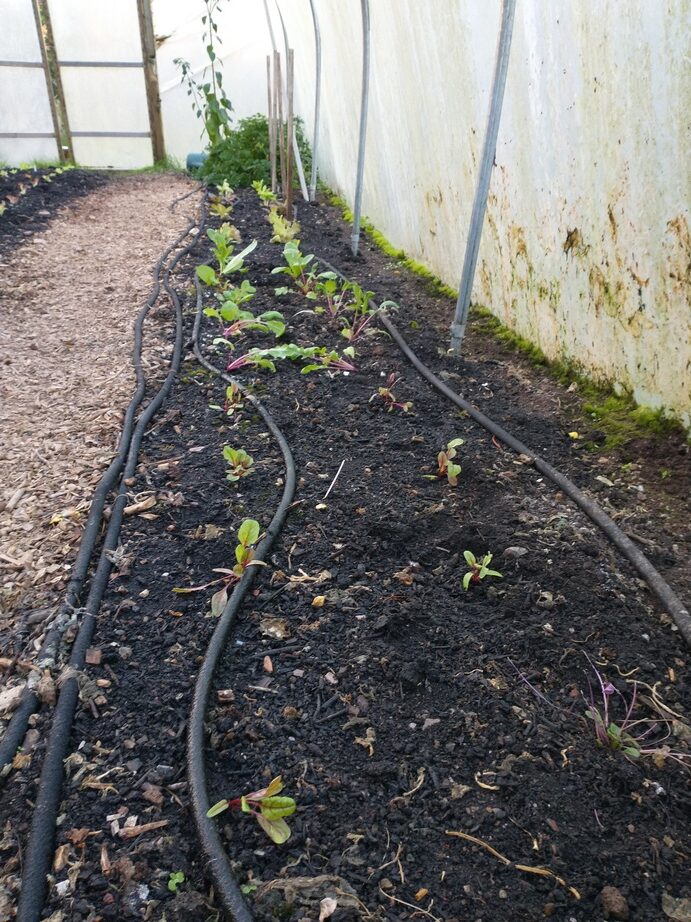 All of the plants had been grown in module trays in the greenhouse. I was amazed at how many slugs had found their way in and hidden on the underside of the trays, presumably coming out to nosh on the seedlings after dark. Unless they’re coming in as eggs with the compost, which seems unlikely, it can’t be a pleasant climb to get up onto the staging and in amongst the plants, never mind how they get into the greenhouse in the first place.

I still have quite a few plants left over, but I as soon as I can I want to go through the plants I have in trays in the greenhouse to replace the plants damaged/killed by caterpillars (and one set that has just developed a nasty case of whitefly).

What with removing the tomato vines and the runner beans, I’ve put a fair bit in the compost over the last few days. I feel as though we’re doing pretty well on that front. I’m sure it was at least a week or so into November when I turned the compost last year, at which point I must have had two bins that were full and one that must have been empty (to turn the first bin into). Right now we have two full bins and nowhere to turn them because the third bin is getting close to half full already and we’ve not even pressed the apples yet so there’s no spent pomace on the heap, which we had done when I turned the compost last year.

This entry was posted in Polytunnel, Smallholding, Veg plot and tagged compost, no dig, winter salads. Bookmark the permalink.