Last winter I grew salad leaves in the greenhouse, in mushroom trays lined with newspaper and filled with compost.

This year I intend to plant most of the plants for winter salads in the polytunnel and no-dig greenhouse once the summer crops are done, but I want to have another crack at growing in mushroom trays as well just to see if I can do it better this time around. I wasn’t completely happy with the newspaper lining as it tended to fold over as the compost sank and leave hiding places for slugs and snails. It also meant I could only use compost to the minimum height of the tray sides and as the plants will be in these trays for close to six months without feeding, I wanted to get as much compost in as possible. And in fact as I don’t buy newspapers I’m reliant on others to supply them, which may not always be an option in the future.

A couple of days back I was sorting through my “cardboard stash” (no wonder there’s a world shortage of packaging cardboard at the moment — it’s all under my veggie plot) in preparation for making some more woodchip paths when it occurred to me that I could try to use cardboard to line the trays instead. This evening I dug out some trays and a few bits of cardboard and had a go. There’s no denying that it’s more of a faff to get done, but it’s not that bad really and hopefully it will pay back in the long run (in fact with a stanley knife and a board to cut on it could be done rather more quickly than I did it on the kitchen table and using scissors). I now have five trays like this: 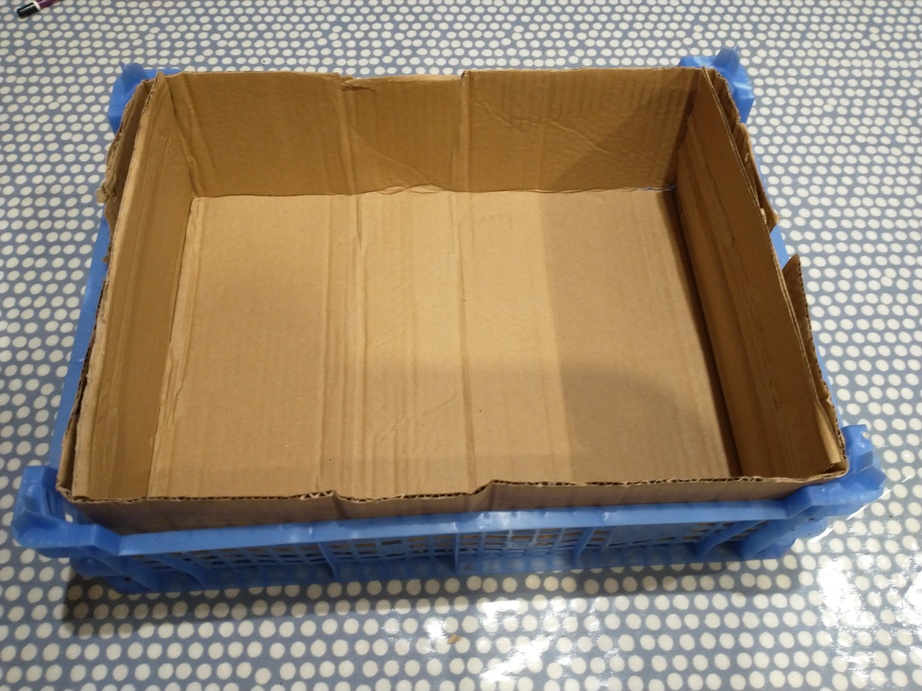 And I’ll fill them with compost and plants tomorrow if I have time.

It’s a bit of a shock getting back to this point in the season again. I’m really not sure where the last year has gone.

This entry was posted in Smallholding, Veg plot and tagged no dig, winter salads. Bookmark the permalink.