It is said that all actions have quinsequonces…

I went out to the greenhouse this evening to collect my kale plants with the intention of planting them out, to discover that having quite successfully netted all of my brassicas and kept the pests off, butterflies have repeatedly raided the greenhouse in retaliation and the eight kale plants were smothered in caterpillars ranging in size from perhaps as much as 40mm down to barely visible 🙁 I picked off as many as I could find — about seventy of the little blighters — and planted them out anyway, but I’ve sown another batch just in case as they’re a pig to find, being almost the perfect colour match for the kale leaves.

I also planted out another batch of spring onions amongst the lettuces that are almost ready. We actually have a few left of the ones I sowed last August and over-wintered, but they’re now “proper” onions. Once they got too fat for normal spring onions I thought I might as well let them grow on and we’ll use them with the rest.

The main veggie plot is looking a little wind-swept in the aftermath of Storm Pervert (or whatever this one is called). Fortunately the beans are still vertical, but a couple of the sweetcorn have fallen over and will need staking upright tomorrow I think. We had a self-seeded sunflower next to the greenhouse as tall as me that my daughter had adopted, but sadly it has snapped at the base and will now have to be sacrificed to the great compost god.

It’s not all bad news though. In the polytunnel I found these hiding away at the bottom of one of the aubergine plants: 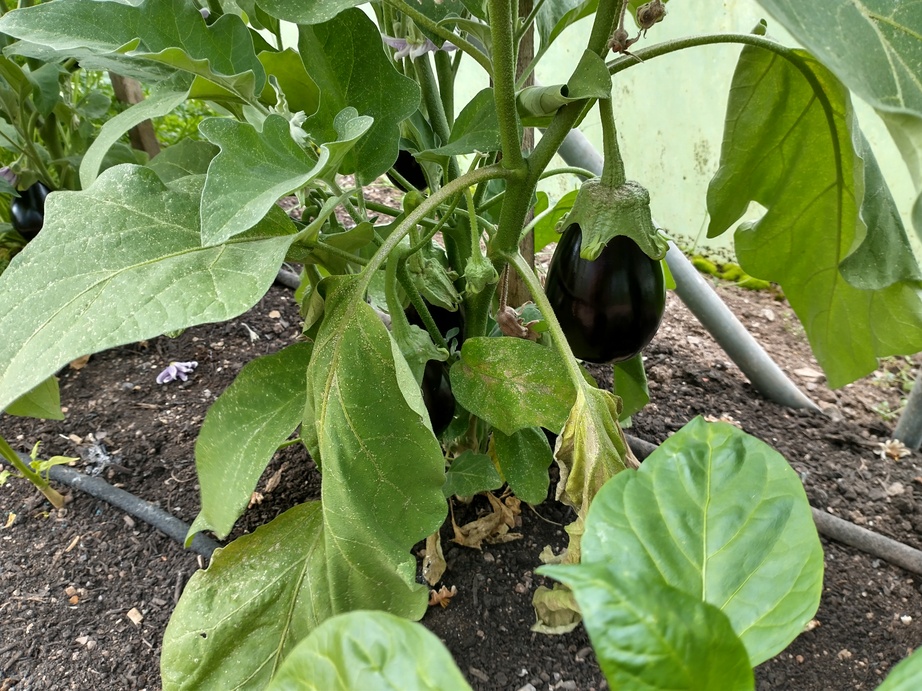 And in the no dig greenhouse there are fruit on both varieties of melon at last. Hopefully they’ll ripen fully. 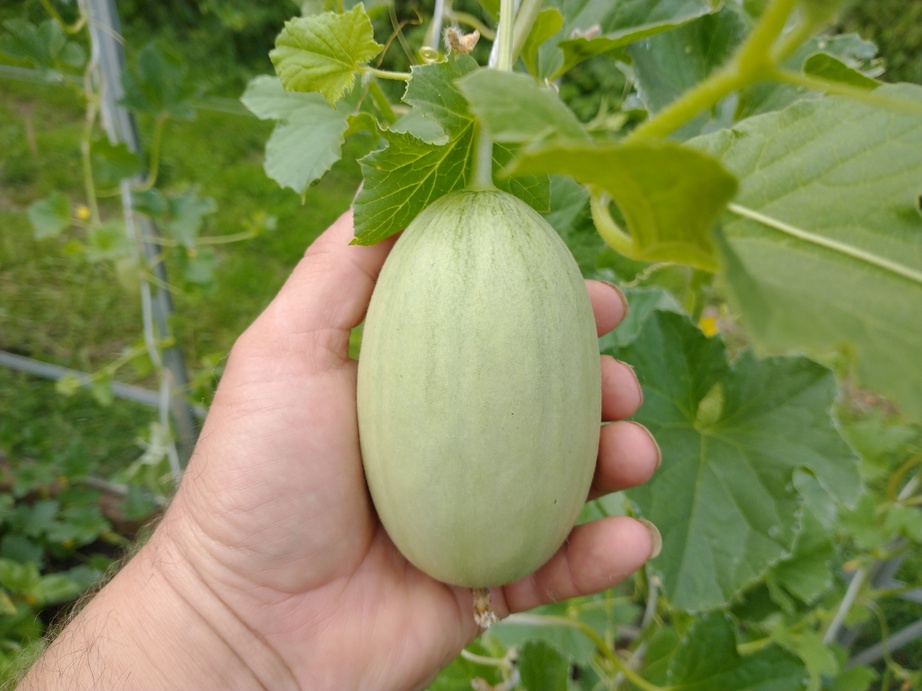 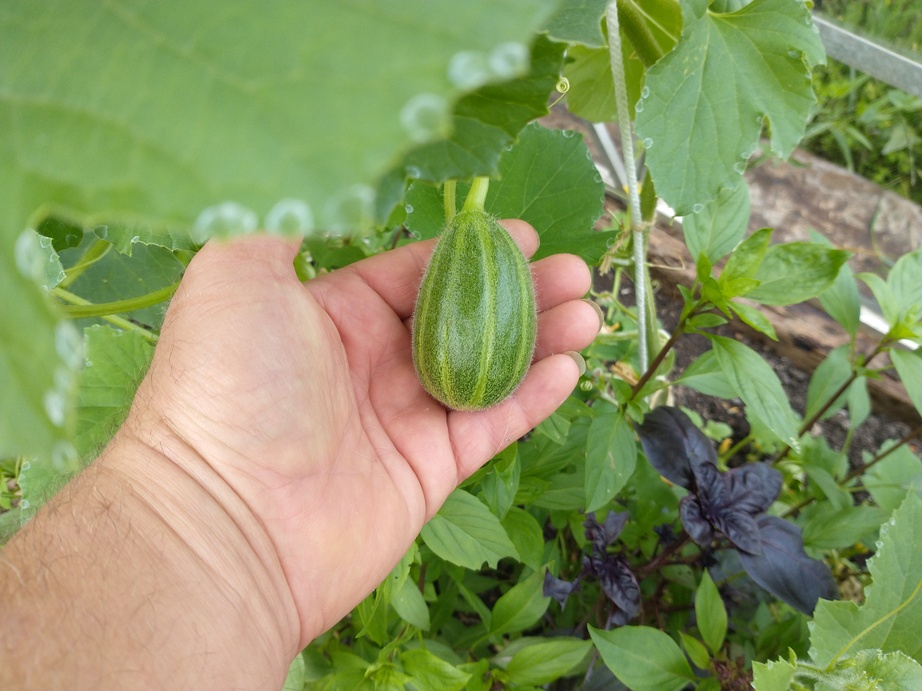 This entry was posted in Smallholding, Veg plot and tagged aubergine, kale, melons, no dig, spring onions. Bookmark the permalink.