Composting the no dig greenhouse

As the greenhouse only has a single door, it was clearly going to be easier to get the compost onto the ground before the frame was in place, so my daughter and I spent a happy morning in the sun covering the bed areas with compost and making some woodchip paths before lifting the (already assembled) frame into place.

At this point I discovered that I’d not quite assembled the frame correctly, but I’m not going to take the blame for that. The bottom rails for the sides had brackets attached that meant it was only possible to assemble them one way. But that turned out to be the wrong way! So I ended up removing the brackets and fiddling the frame into the correct position to avoid taking the entire thing apart.

I feel as though I’m really making progress now. The vents and door need fitting and there’s the glazing to be done, and I need to fit some automatic vent openers. Then it’s ready for use. 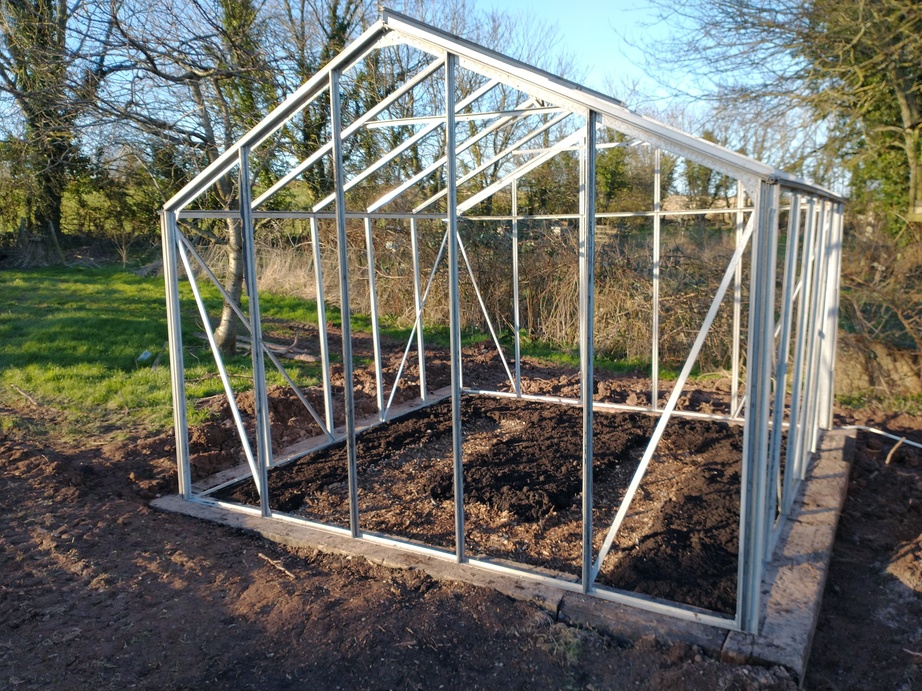 This entry was posted in Projects, Smallholding, Veg plot and tagged greenhouse, no dig. Bookmark the permalink.