We’ve lifted a few of the first early potatoes already to go pretty much straight into the pan, but they are starting to get a bit large and I could use the space for something else, so I decided to lift the remainder (just five more plants I think) tonight. Quite pleased with the way these have done. 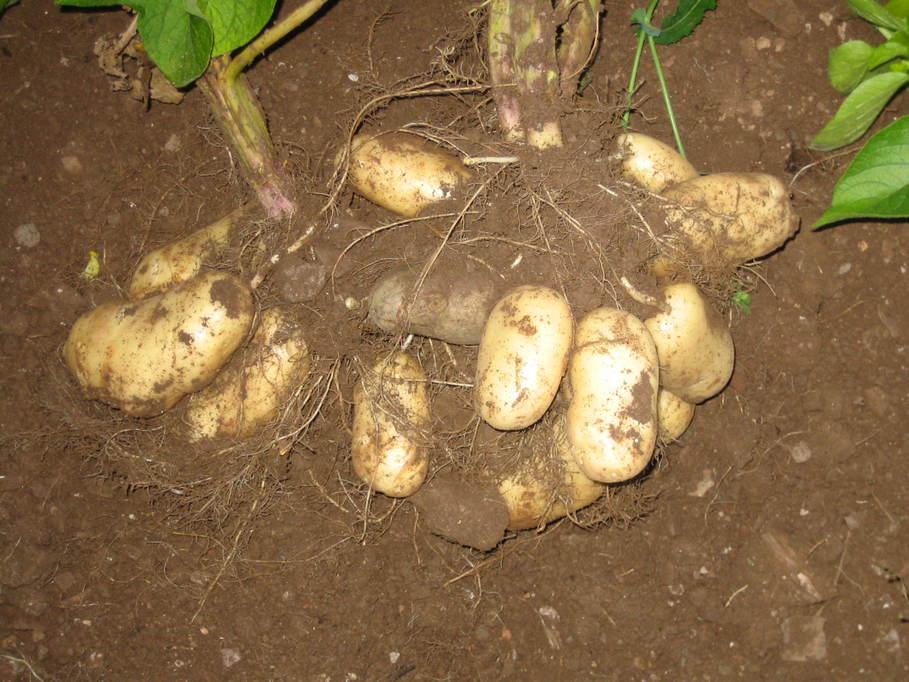 And the fruits of my labour: 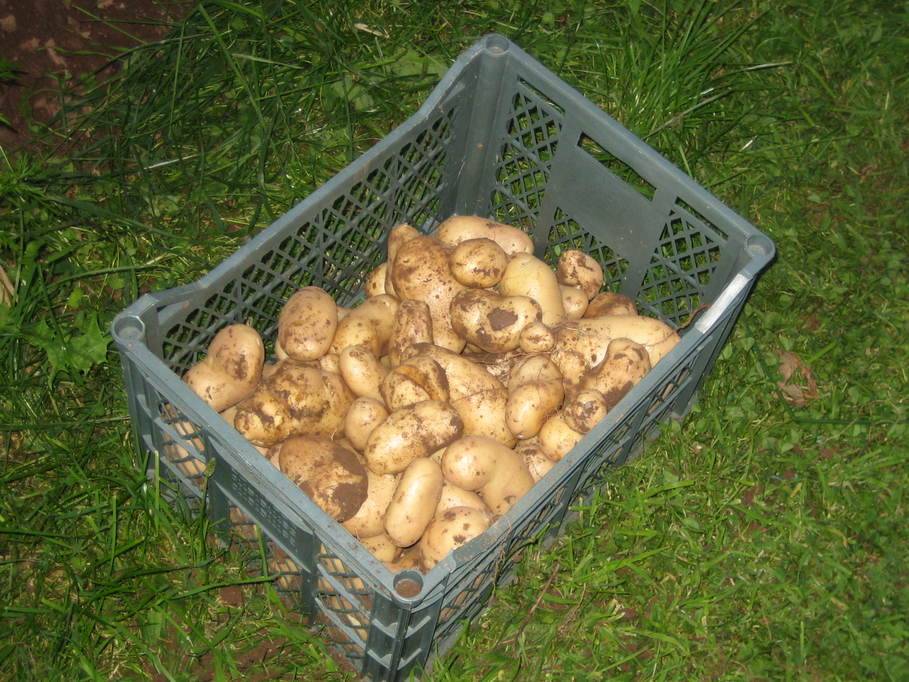 I’m sure I have some old chicken feed bags made of paper somewhere that I can use to store them. I’ll have a look tomorrow and put them in the cellar. I might have to feed the haulms through the shredder for the compost heap as well. They feel a bit tough for going in without being chopped up.

The second earlies look like they’re not far off ready too — some of the leaves are starting to die back a bit, so I’ll probably lift those fairly soon. Maybe give them another week or ten days and see how they look then. Not much point leaving them in the ground once the foliage isn’t photosynthesising in any meaningful way though.