One of the more unusual bee swarms I have collected

I received a phone call from a local chap who said he had a swam of bees that had just settled in a rusty 45 gallon drum in his yard and could I take them away because they were actually in quite an inconvenient place right next to the entrance to his yard. Just after lunch I nipped over there and this is what they’d moved into: 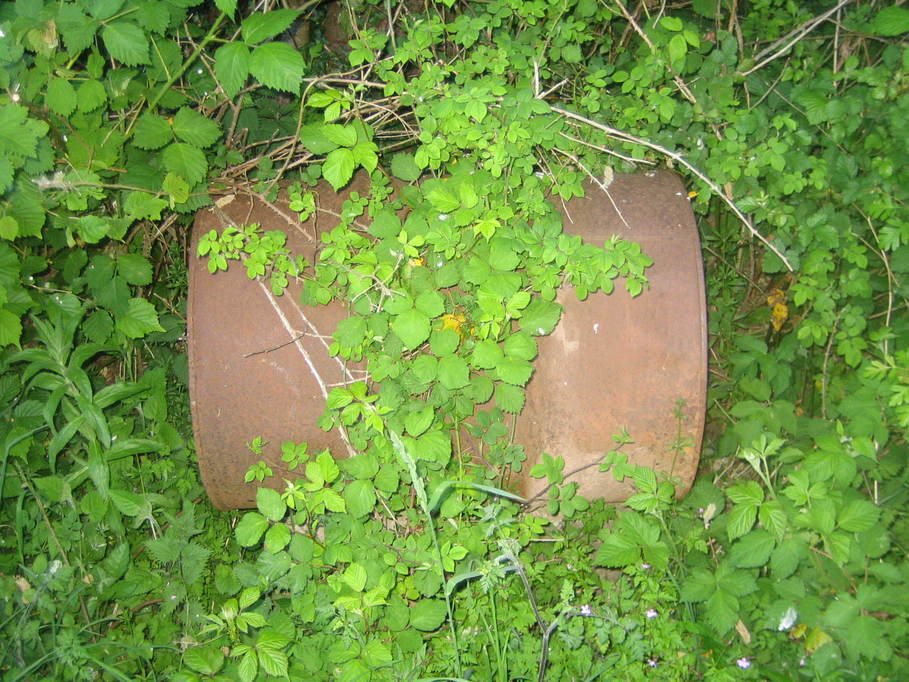 Both ends of the drum have rotted away a little giving access and they’d clearly found it and decided it would make a good place to live. Not entirely sure about that myself when the full sun got on it, but they don’t always make the best choices.

I decided the only way to deal with it would be to take the entire drum away and put it in the apiary where I could try to entice them out of it, so this evening I returned and cut all the surrounding vegetation away so I could lift it out. It turns out that even rusty 45 gallon drums are a bit awkward to handle when you’re trying not to disturb the contents 🙂 To stop the bees panicking and flying out which would have been a touch awkward I put the drum onto a couple of sheets and wrapped the entire thing up. 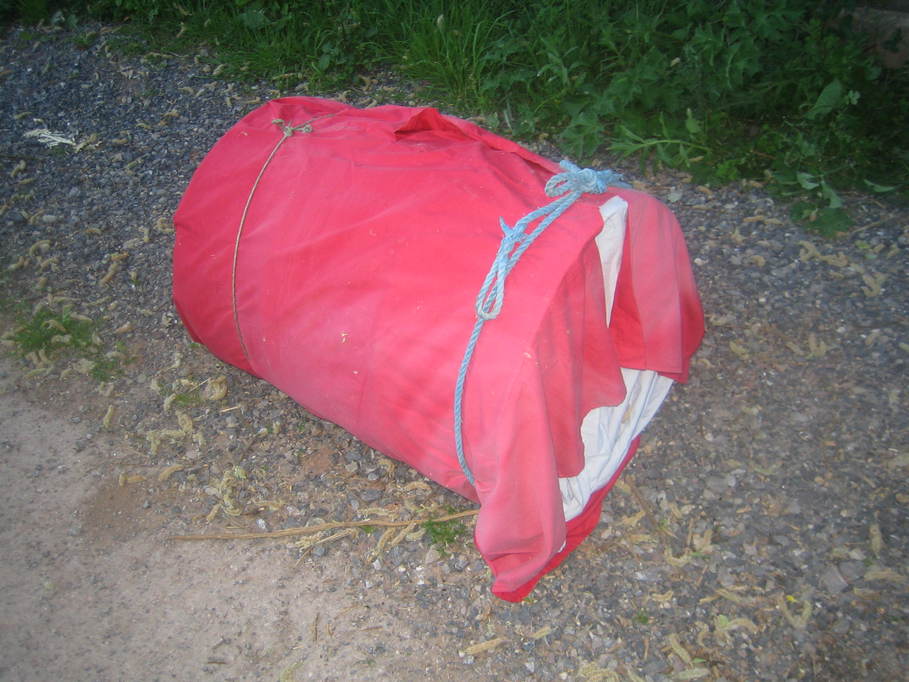 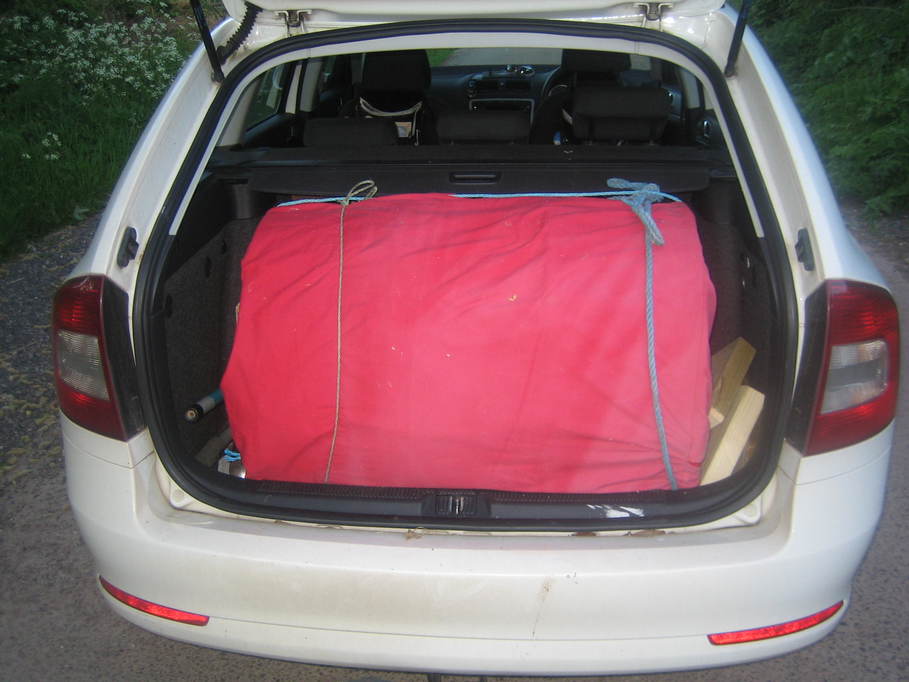 The drive home was exceptionally gentle, and I stayed in my bee suit “just in case”.

Sadly I couldn’t persuade the bees to move out of the drum and a few days later they decided to leave altogether. I hope they’ve found somewhere else good to live.

This entry was posted in Bee-keeping, Smallholding and tagged swarm. Bookmark the permalink.