The new stainless bolts arrived, but I’ve had little chance to get out to the workshop so this morning I got out and started work on fitting the new focuser. This took a little longer than planned as I realised halfway through that I would have to remove the focuser body from the backplate to get access to the lower two holes on the backplate in order to mark up the tube for drilling the new mounting holes (and actually it makes fitting easier, too). There are four grub screws in the edges of the backplate that can be slackened off to allow the focuser body to be rotated and backing them out a little further allows it to come away completely so it’s not hard, but for the fact they seemed to be done up exceptionally tight to start with. The tiny Allen key I had to use was flexing rather more than I was entirely comfortable with before they began to turn. 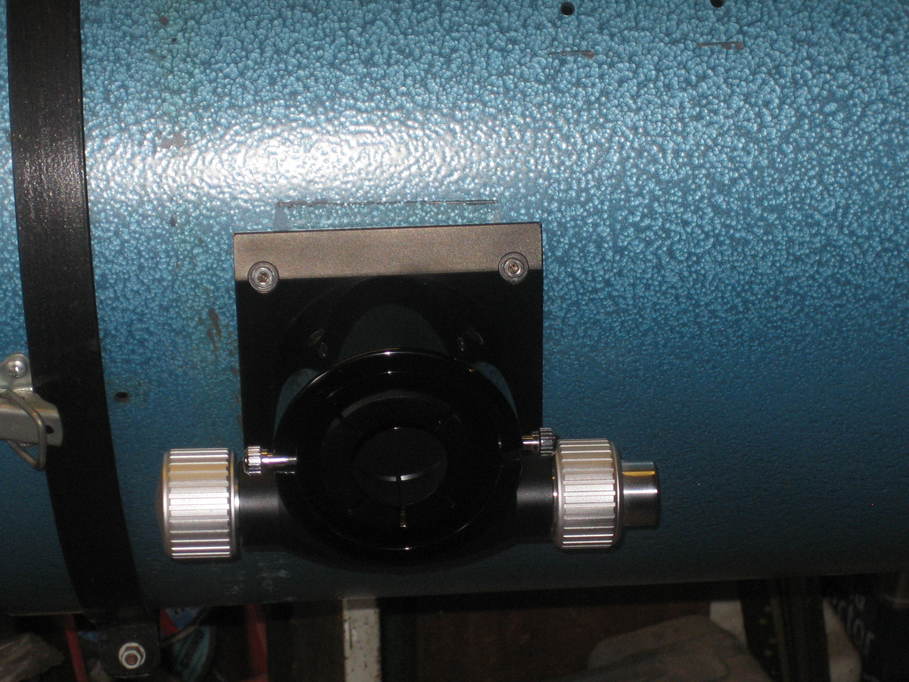 This entry was posted in Astro Equipment, Astronomy and tagged darkstar, dobsonian. Bookmark the permalink.