My dissatisfaction with the 6P4C connectors led me to try to find other options for plugging these in. Initially 3.5mm stereo jack plugs such as these sprang to mind. 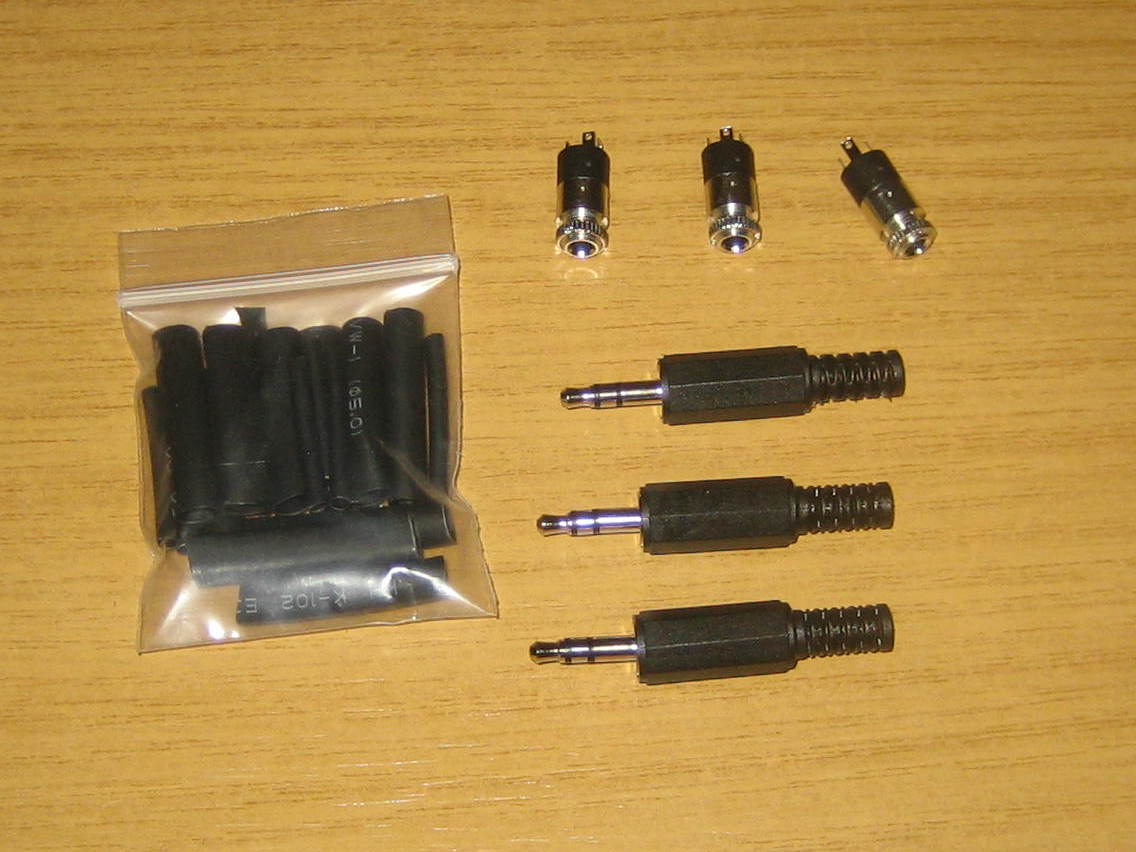 However, Robert Brown himself explained to me that this idea had already been tried and had been found to have a couple of problems. First, the possibility of cross-connecting the inputs when inserting or removing a sensor connector with the power applied (which perhaps wouldn’t be a problem if this was always done with all power removed). Second, experience from people who have tried it shows that the currents involved apparently can lead to the plug and socket “welding” to each other because of the small contact area. This is clearly not desirable.

In the end I decided to try some 3-pin GX12 plugs and sockets (sometimes called “aviation connectors”): 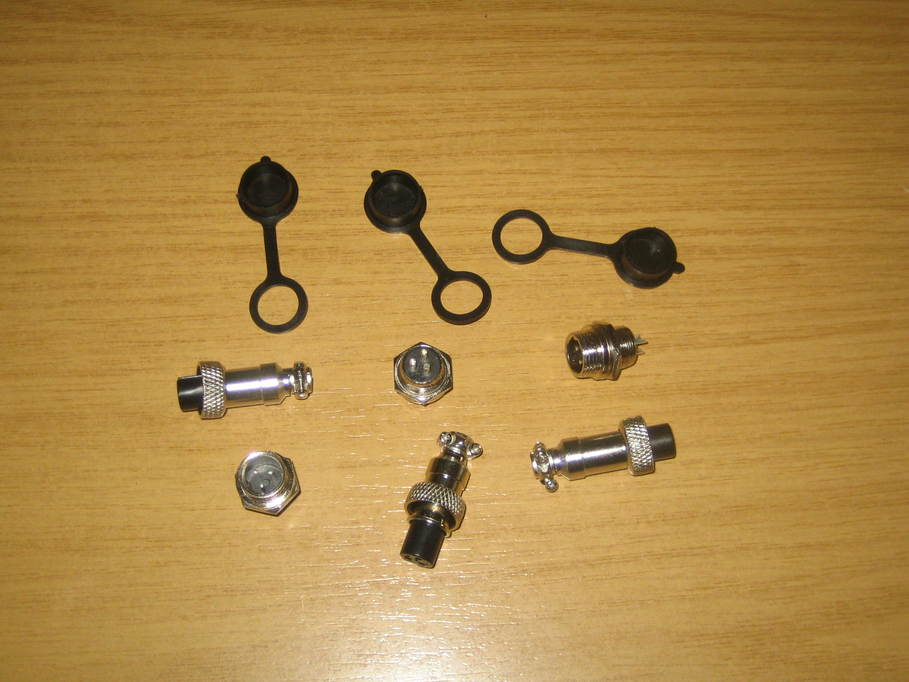 In fact these don’t take up much more space than the original sockets and are much easier to fit and solder wires to.

I modified my design for the lid of the case and printed it out to try the sockets it. They seem to work well enough in terms of layout. 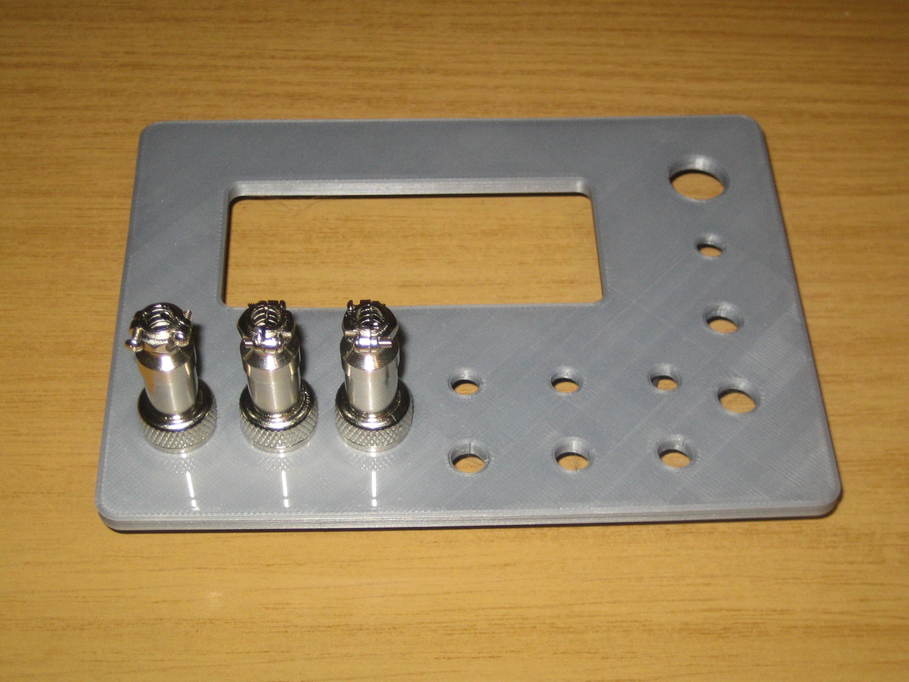