I’ve used a couple of these power supplies for a few years for powering my NEQ6 and HEQ5 telescope mounts, but recently one of them just stopped working. It has been sitting in the workshop for a fair while waiting for me to do something about it and I recently “rediscovered” it, so I’d see what I could do.

Measuring the output voltage gave me something that was floating between about 9.5V and 11.5V, so I decided to open it up and see if anything obvious had failed. It has gained a few cobwebs and a bit of corrosion on the transformer core whilst it has been in the workshop. 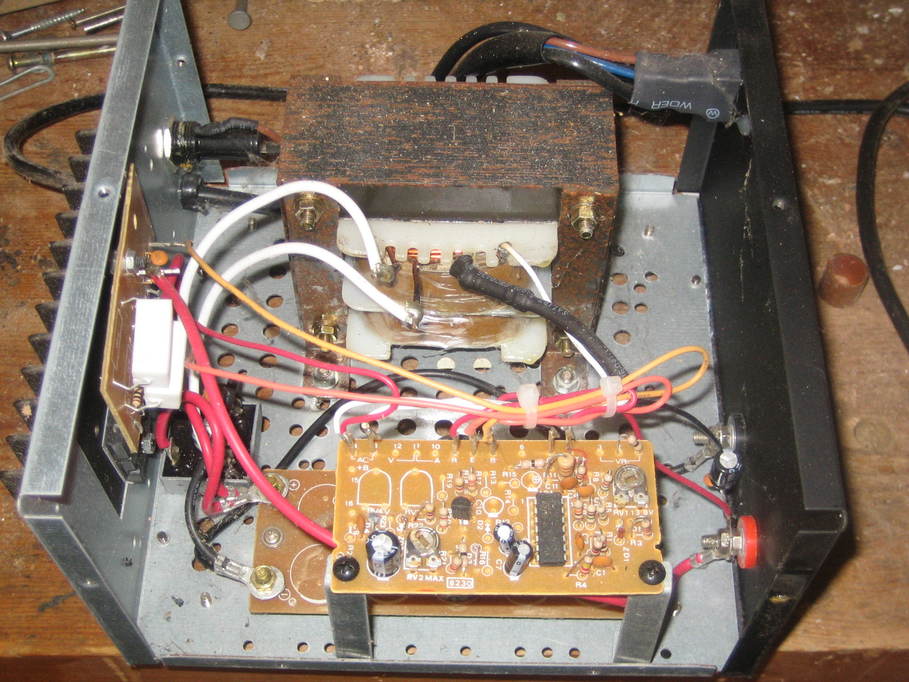 Behind this board is at least one power transistor, and down on the base of the unit is the rectifier: 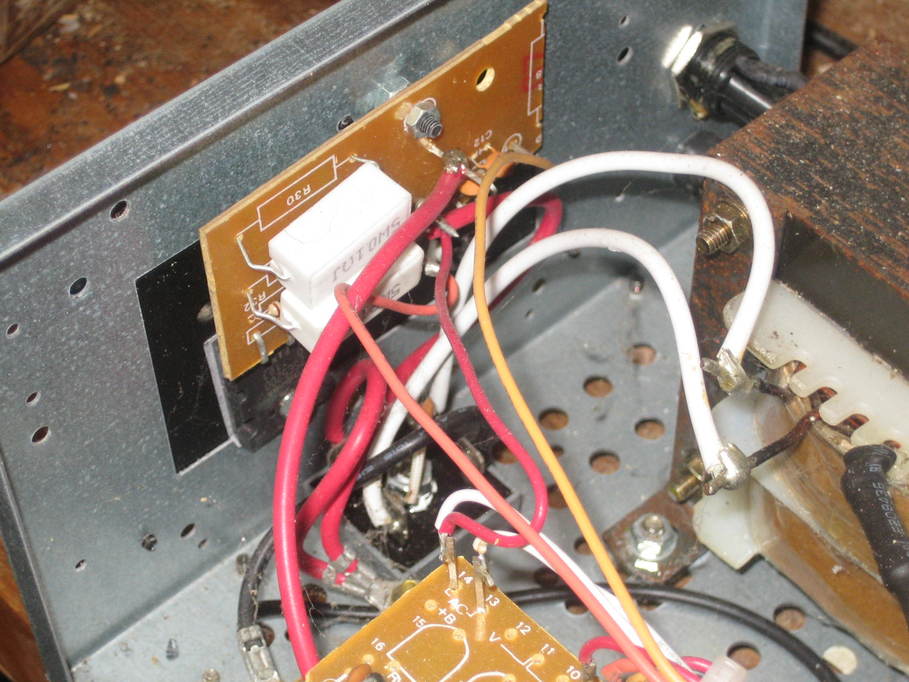 This is what I assume must be the regulator circuitry, though strangely it has an AC feed from the transformer. It has been suggested to me that it might be to feed some sort of circuit that senses when the unit is connected up, if it were to be used as a battery charger. There are plenty of components marked on the board that aren’t present, certainly. 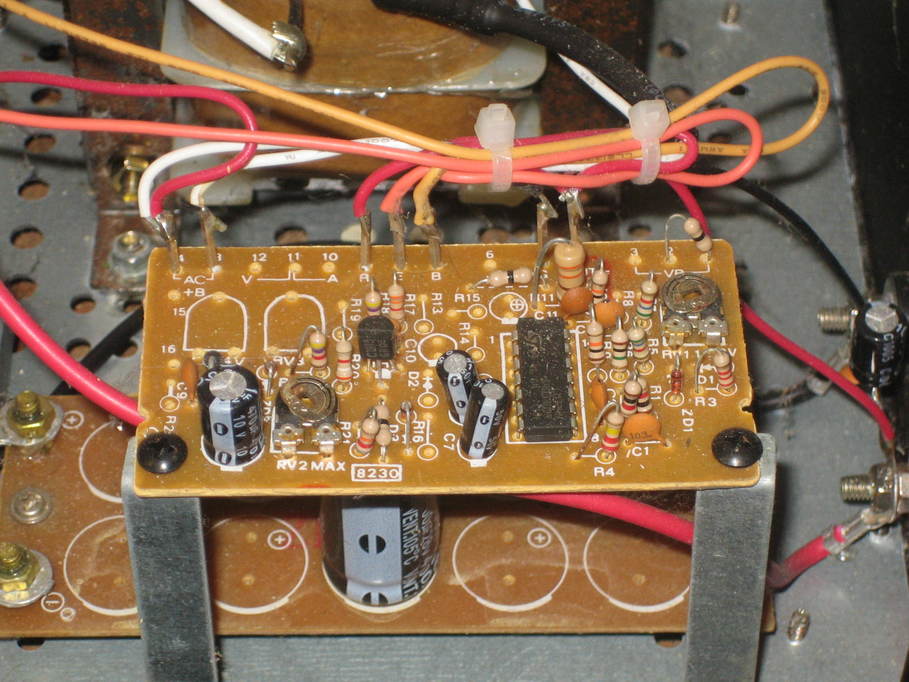 And finally a couple of chunky smoothing capacitors. 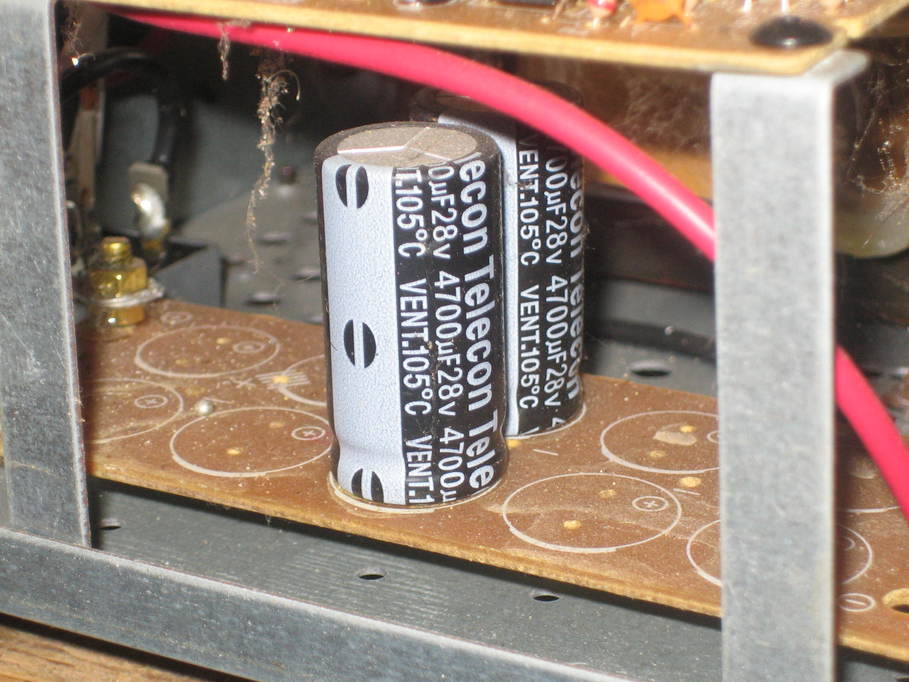 I was expecting that perhaps one of the electrolytic capacitors might have given up, but actually they all look ok from the outside. Someone recommended that I twiddle with the two trimmer pots on the board in case they’d got failed, and to give them a bit of a clean so I did my best with that and powered the unit up again, at which point it gave me a nice steady 14.5V output.

So, the next step is to turn the voltage back down to 13.8V and see if it stabilises there. If it does then I think I’m done. Otherwise it doesn’t look like a particularly difficult job to replace the two trimmers as long as I can find out what values they need. A decent clean out probably wouldn’t hurt, either 🙂

This entry was posted in Astro Equipment, Astronomy and tagged psu. Bookmark the permalink.