It certainly wasn’t warm out there today, but armed with some newly-purchased stainless steel screws I decided to get on with the cladding on the sides of the roof. To do that it was necessary to open the roof which I’ve not done in what seems like ages, so whilst it was open I took a rare daytime photo. 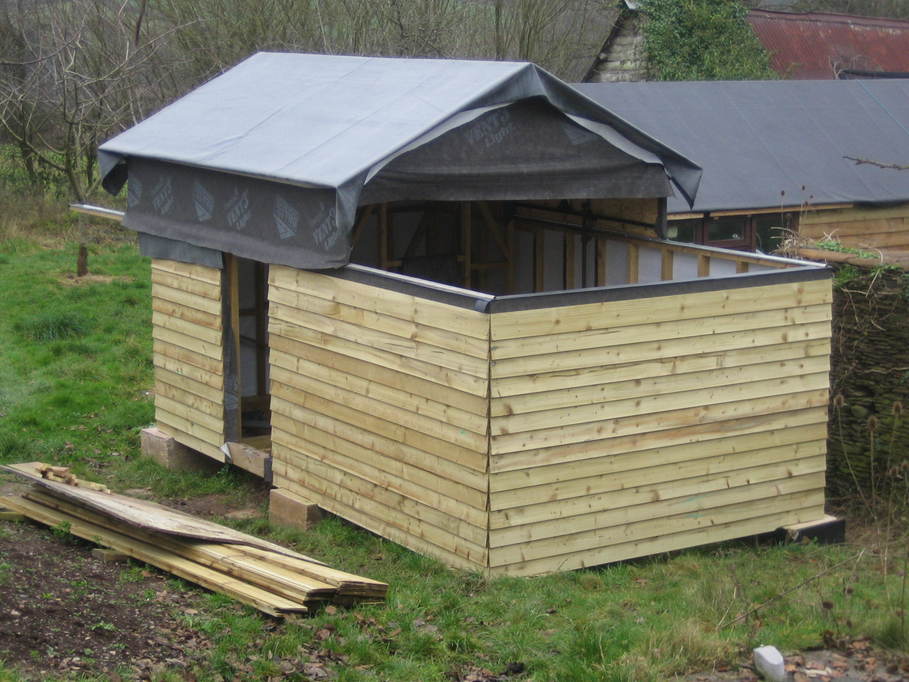 As usual it took rather more time than expected to get the cladding into place, mostly because I was trying to be very careful to avoid fouling any of the structure as the roof opens and closes whilst keeping the gap between the sides of the roof and the wall as small as practical. Another minor little issue that I should have identified sooner also tripped me up: stainless steel screws are not magnetic, so they don’t stick on the end of the magnetic driver bit that I have for my drill/driver. This left me needing to use all three hands to hold the wood, the screw and the drill. And that’s when I noticed the problem 🙂

By the time it was too dark to work I’d got most of one side done. It really was quite dark, too. The chickens had all taken themselves to bed before I’d even finished tidying up. There’s no rain forecast for tomorrow so hopefully I can get out there again and it will be quicker having sorted most of the difficult bits today, which should allow me to finish most of it off and perhaps even start on the flap in the southern gable.