I’ve been meaning to get back out to the beer shack for a while but there have been so many other things going on of late that time has escaped me. This bank holiday weekend however I put aside a day when I was definitely going to brew. I didn’t have any specific plans regarding what I was going to make, so I ended up just throwing some stuff together out of ingredients I had left over. In the end I finished up with something along the lines of:

These all went into the mill: 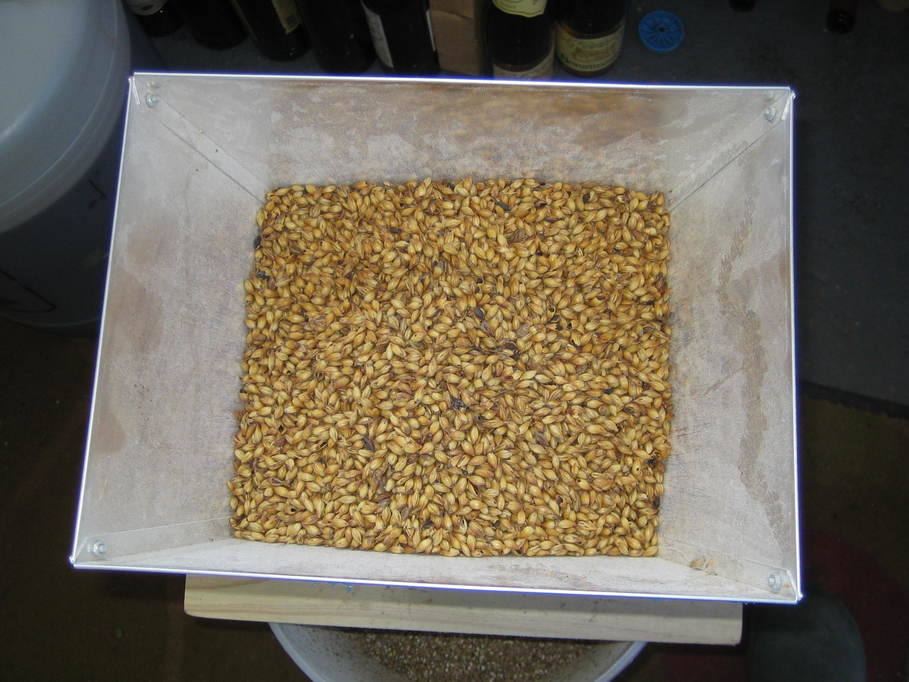 which took a fair bit of effort to grind my way though. Looked ok once done though. 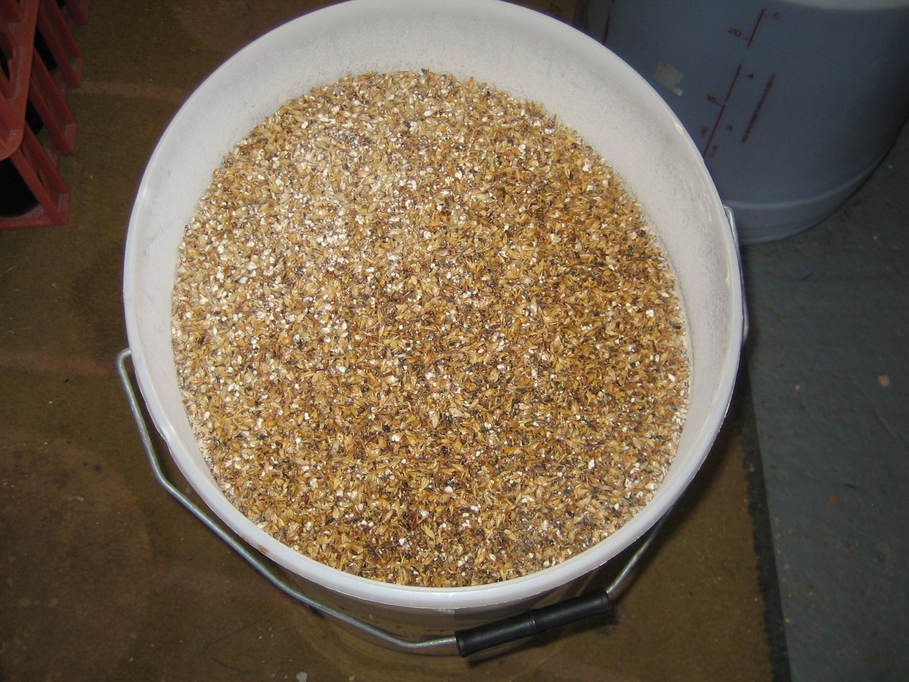 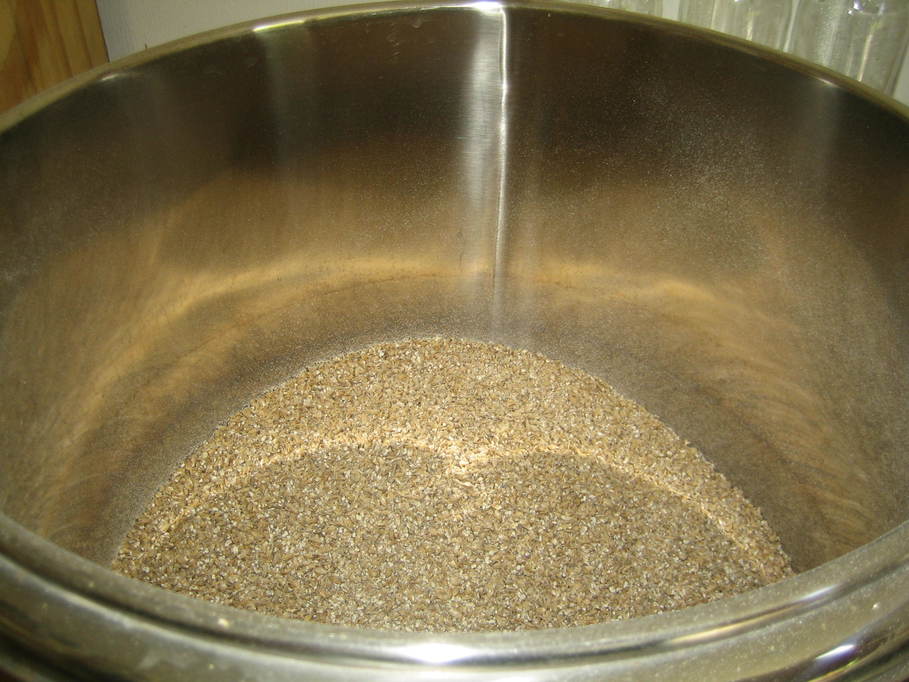 I underlet my mash tun, feeding the water in through the same valve that I use to run off the wort when the mash is complete: 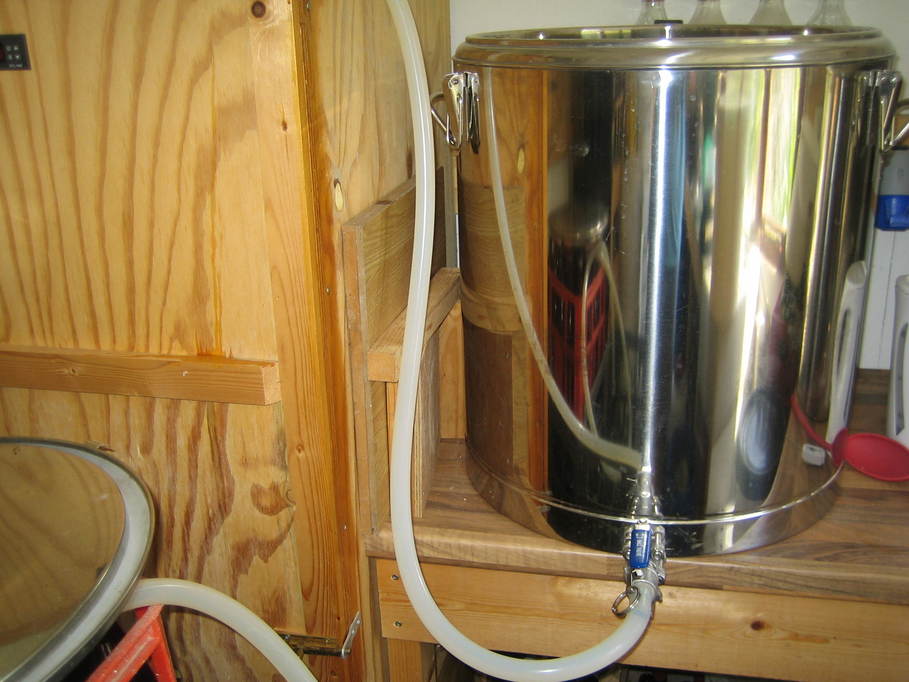 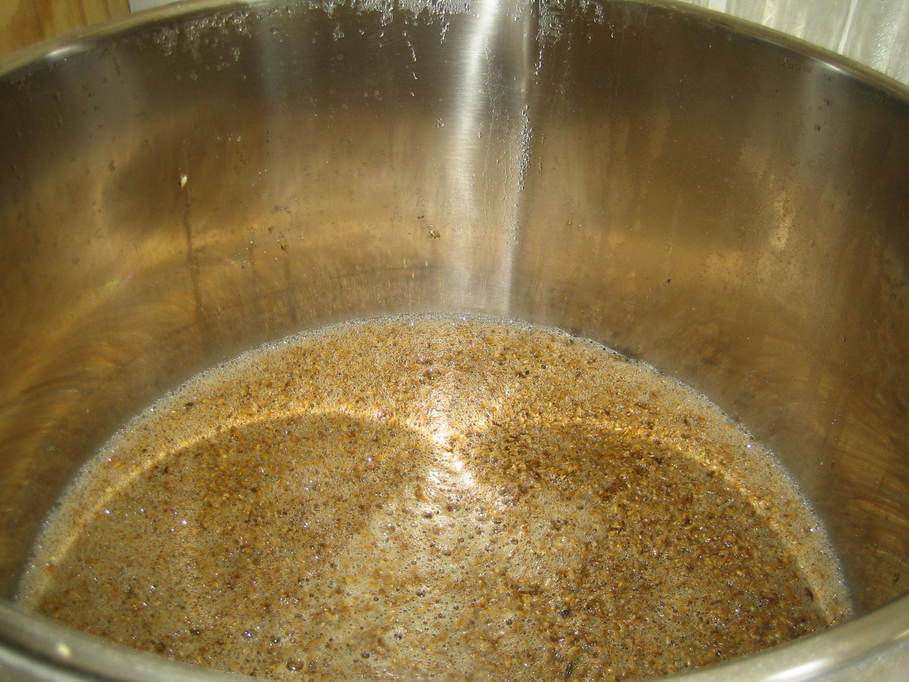 I then spent a happy hour and a half doing other jobs before returning to sparge and run off the wort: 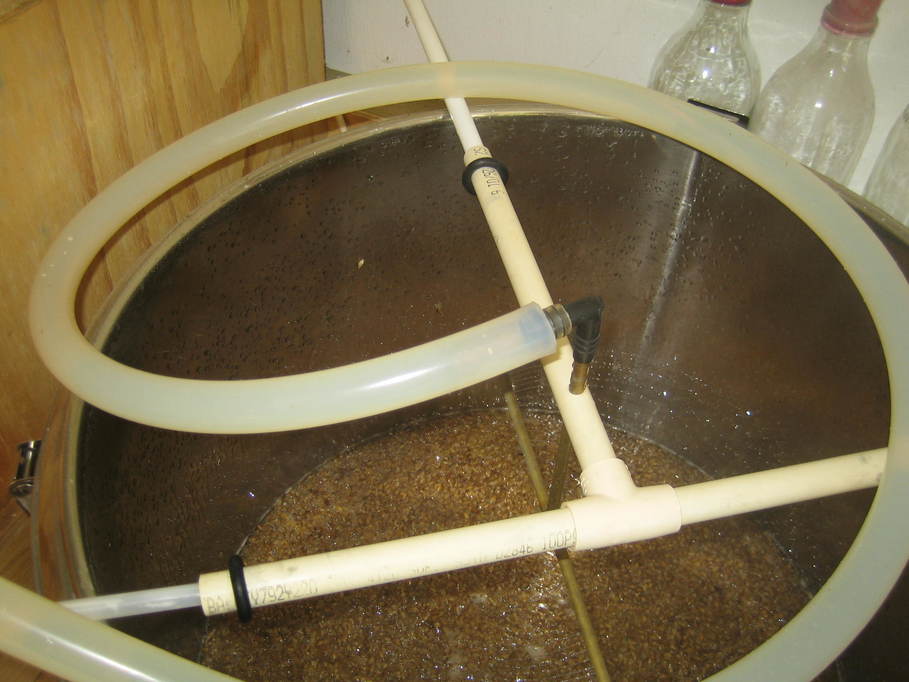 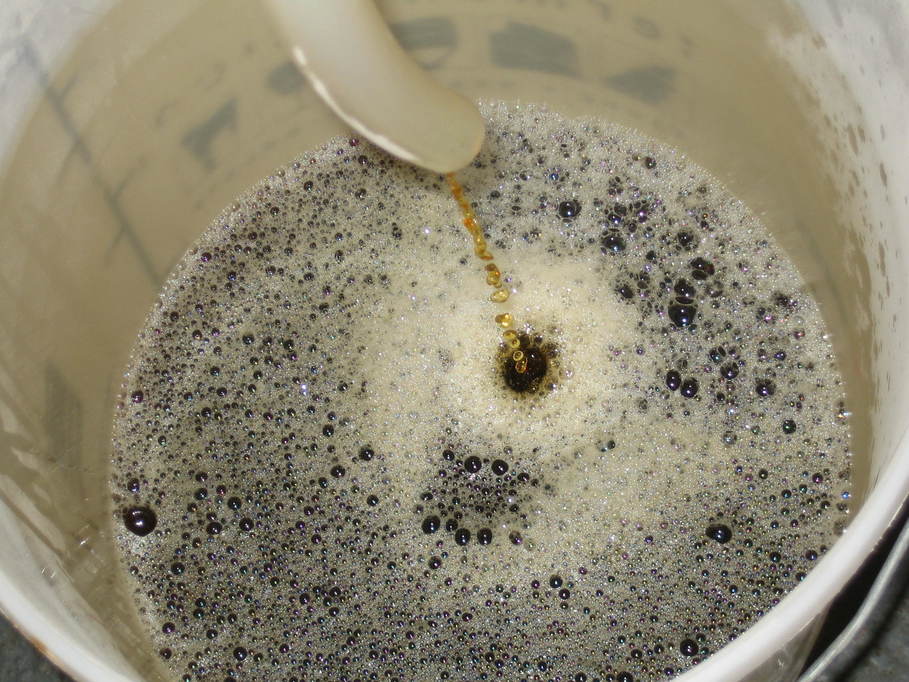 For the boil I used a combination of Target and Progress hops for bittering and late addition, finally running off about 35 litres of wort, a little darker than I expected but we’ll see how it looks after fermentation. 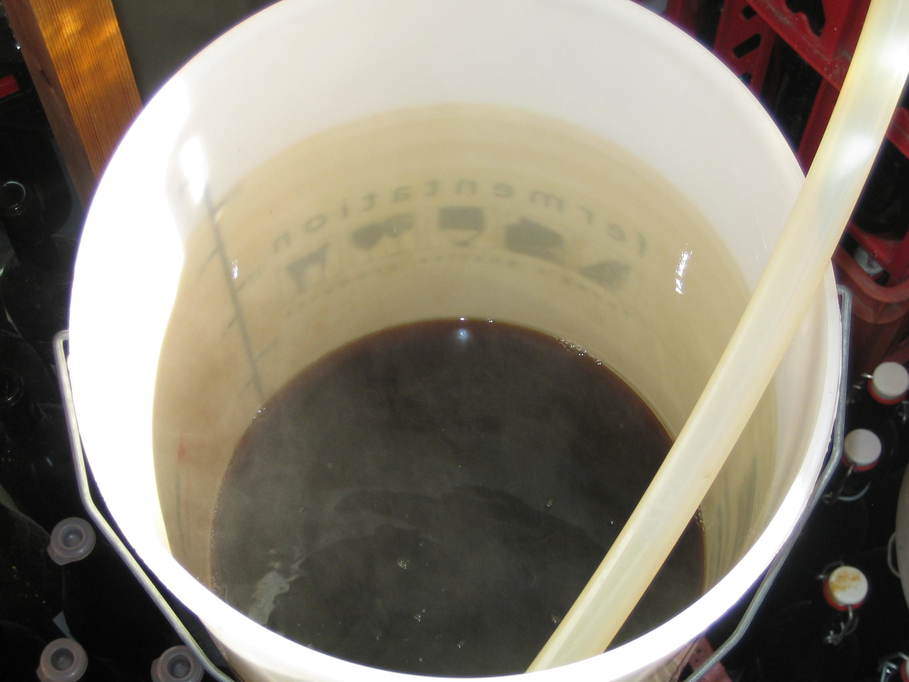 Once chilled I transferred the wort to the fermentation vessel in my heated cabinet together with a hefty shovel of Phoenix hops for aroma and a batch of S-04 yeast that I’d kicked off in a light DME solution twelve hours previously: 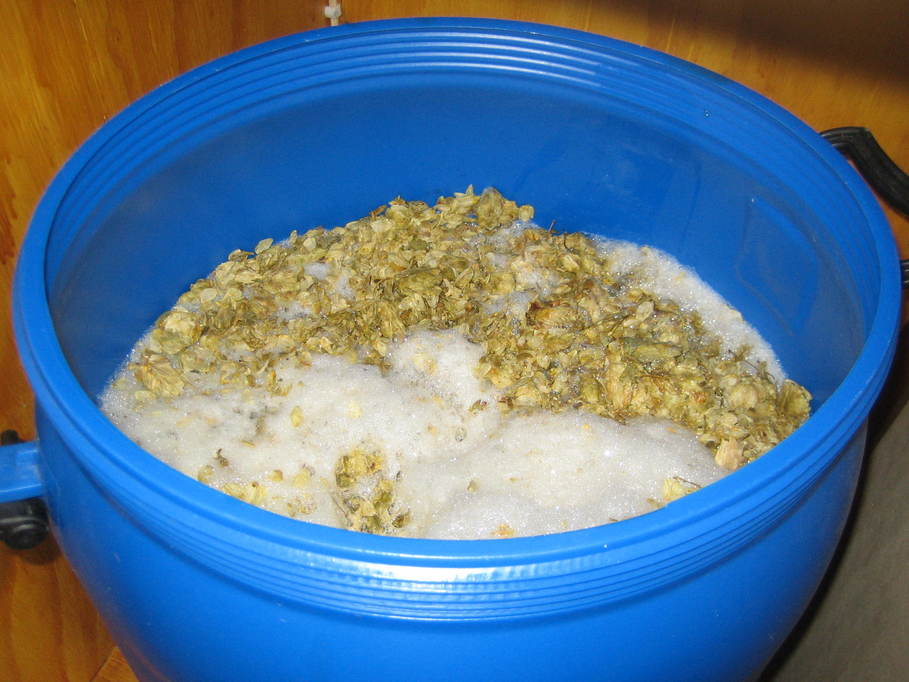 No idea how it will turn out, but a quick check on the hydrometer suggests that it could be quite strong. 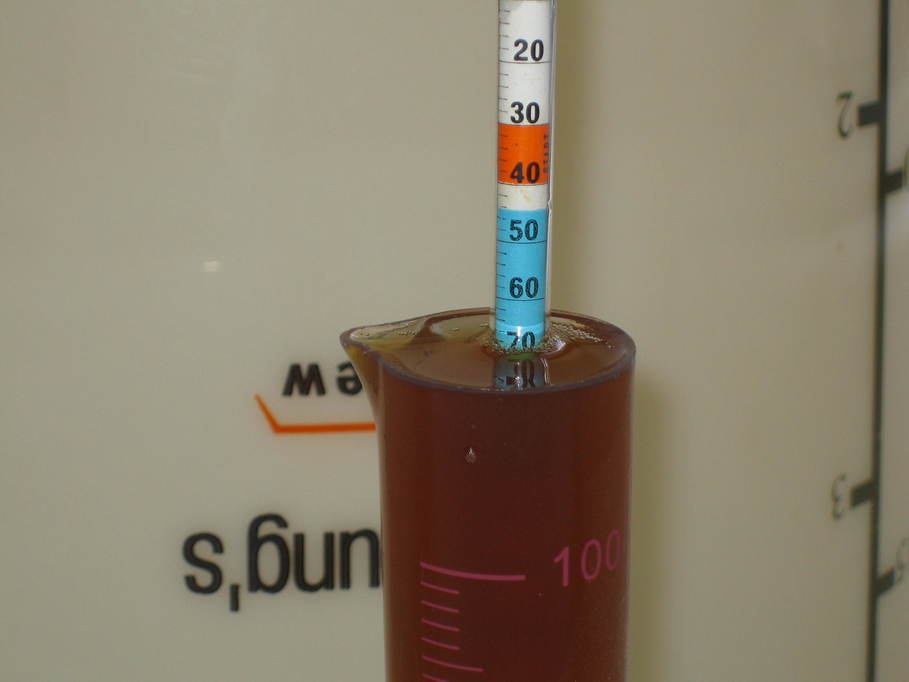 Given the OG figure and that it was brewed on the first May bank holiday, I think I shall call this one “M’aidez”.

This entry was posted in Beer-making and tagged caramalt, m'aidez, phoenix, progress, special b, target. Bookmark the permalink.