After running for 24 hours I stopped the SA running and measured the distance from the finishing point to my initial mark: 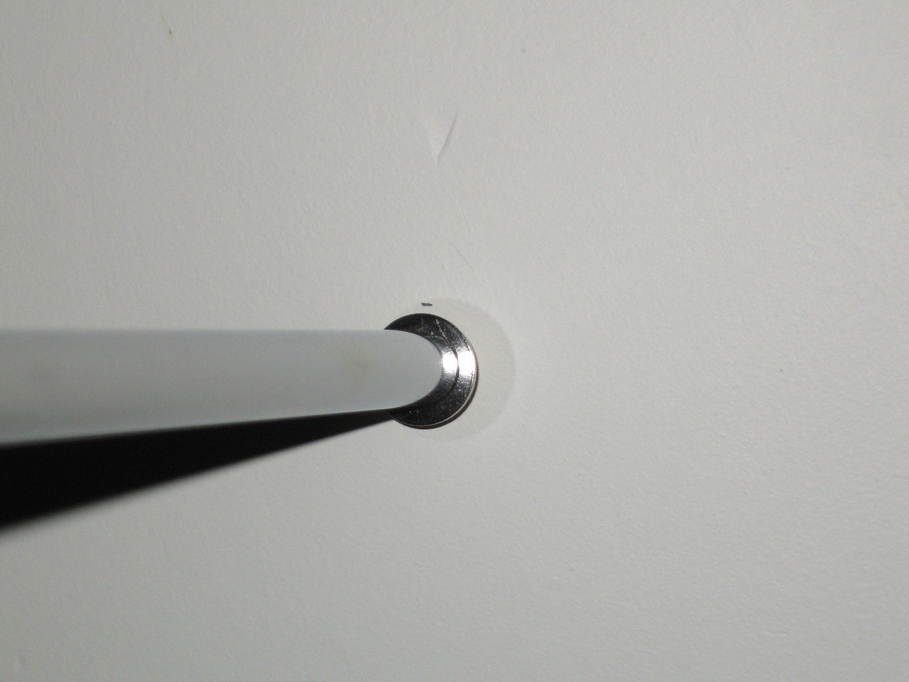 Looks like it’s gone a bit too far. However, that’s in a solar day, not a sidereal day, so let’s do some calculations…

That 3mm is equivalent to about 2191 arcseconds over the course of a sidereal day, or about one arcsecond too slow every 39 seconds. Imaging at a scale of, say, ten arcseconds per pixel, it’s clearly going to be a while before any error is apparent due to the tracking and quite possibly polar alignment will become a problem first.

I am slightly tempted to do attempt a more accurate measurement using a laser pointer to mark the position with more distance between the mark and the mount, but perhaps that can wait until I’m really bored 😀

This entry was posted in Astro Equipment, Astroimaging, Astronomy and tagged star adventurer. Bookmark the permalink.