I can stagger about a bit now the antibiotics are having an effect, so this afternoon I was doing odd jobs in the garden to stave off the boredom and when I was taking my shoes off to come in for a drink I saw this out of the window. I’ve no idea where it came from. It’s a fair way from most of my hives. I was sitting no more than four feet away when I took this in just my shorts and a t-shirt. They were so docile. 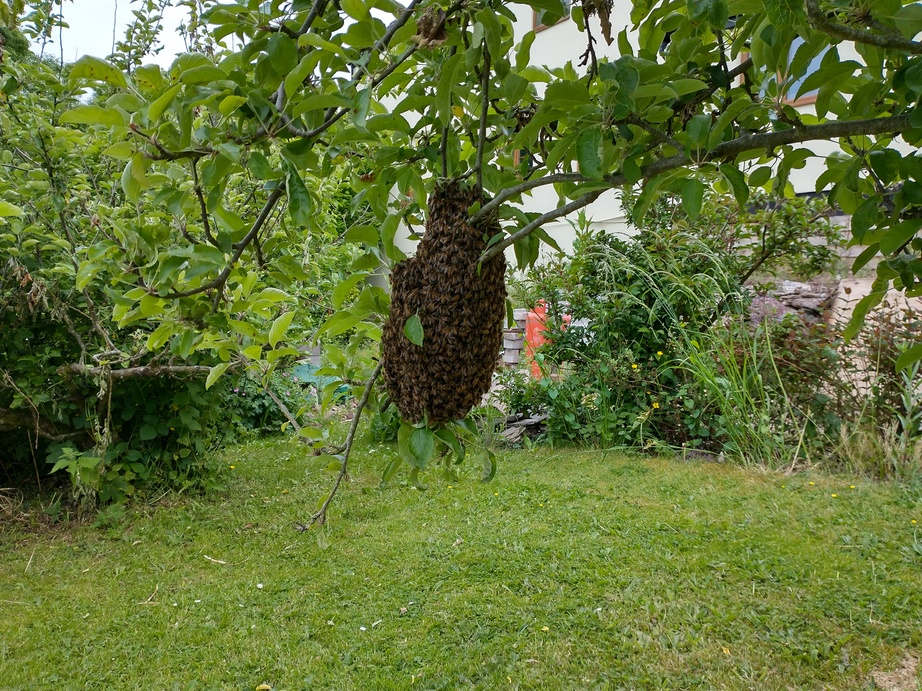 It was about three feet off the ground in a small apple tree, so out came all the kit and rather than shaking the bees off the branch into a box I decided to be kind and snipped off the branches they’re on with secateurs so I could carry them away, lay them on a sheet and put my new resized box over them. 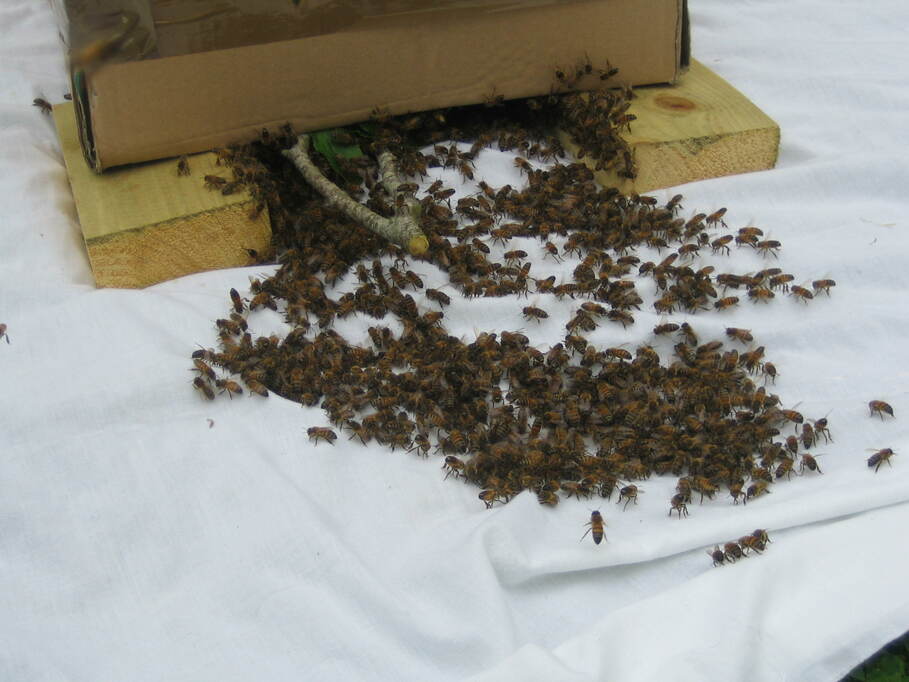 They seemed happy enough with the idea and started fanning to let the stragglers know where they were. 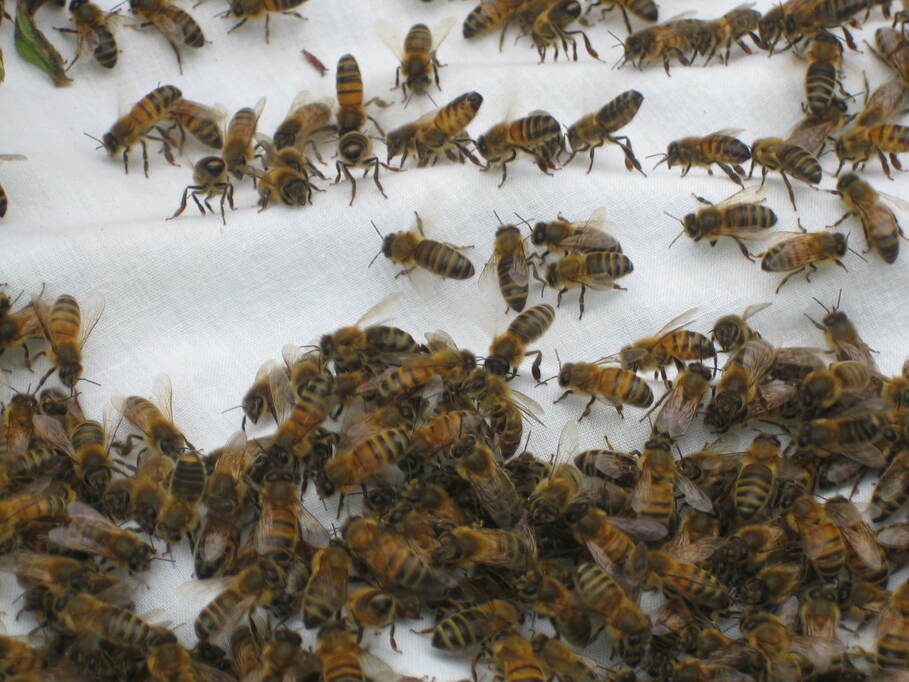 There were a fair few stragglers too, as some had dropped onto the grass when I snipped off the branch. But I lay part of one of the branches they’d been on over the top of them and they all climbed on so I could shake them off in front of the box. 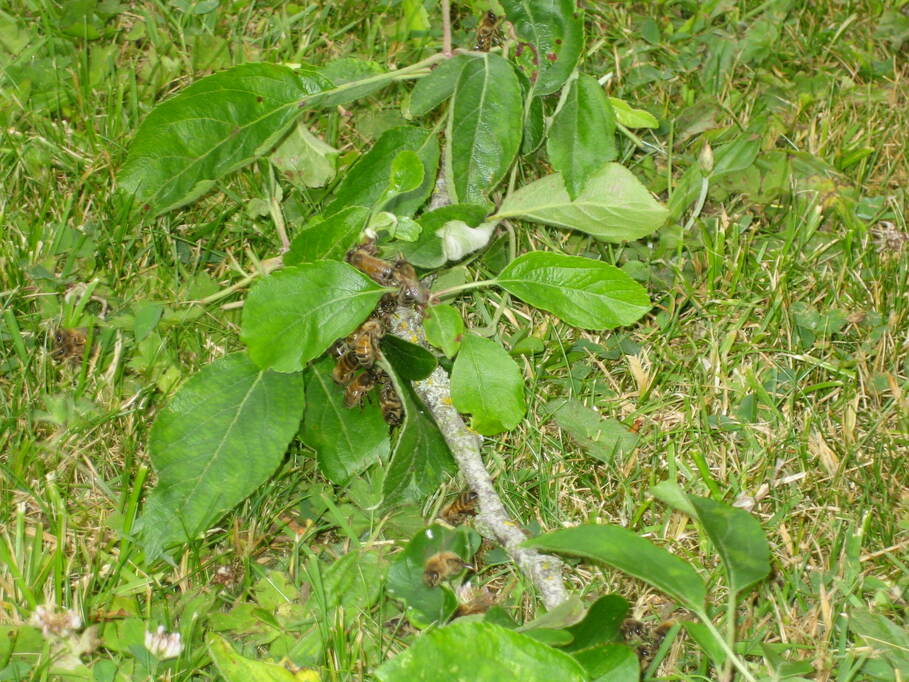 Most of them got the idea pretty quickly. 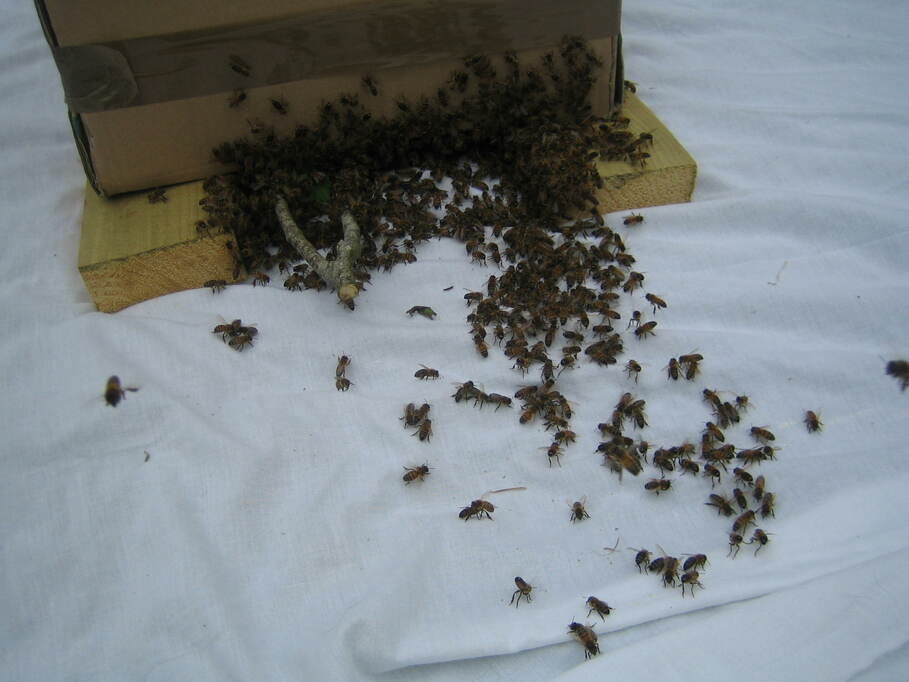 And in about ten or fifteen minutes they’d pretty much moved in. 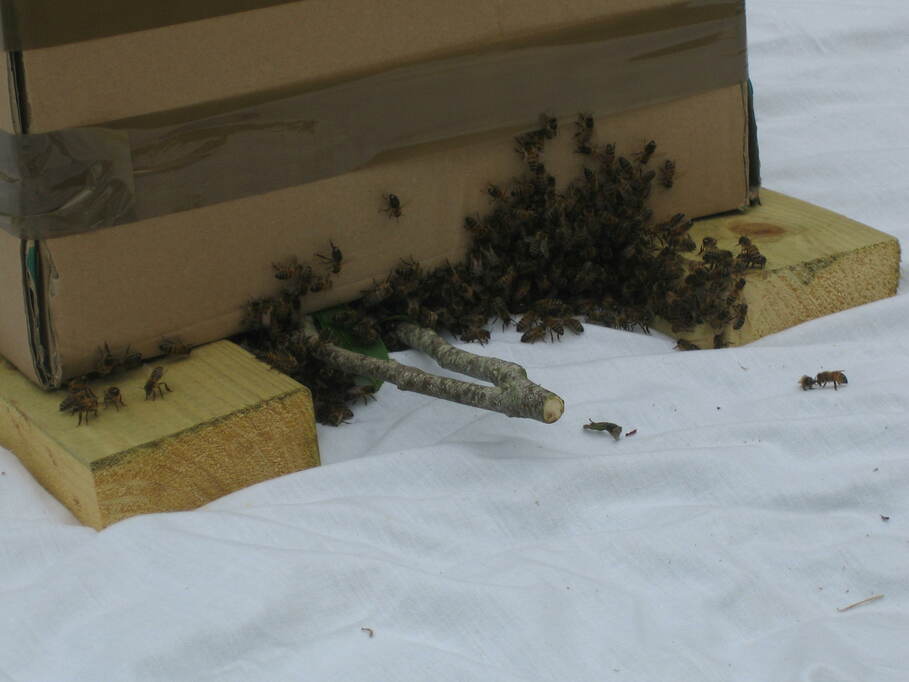 This evening I removed the wooden blocks and the remainder of the branch (they all climb up to the top of the box, so that’s easy), wrapped it up in the sheet and took them over to an empty hive where I gently shook them in having removed some of the frames first. The frames wouldn’t normally be the opposite way around to those in the box underneath, but there’s a good reason this case. 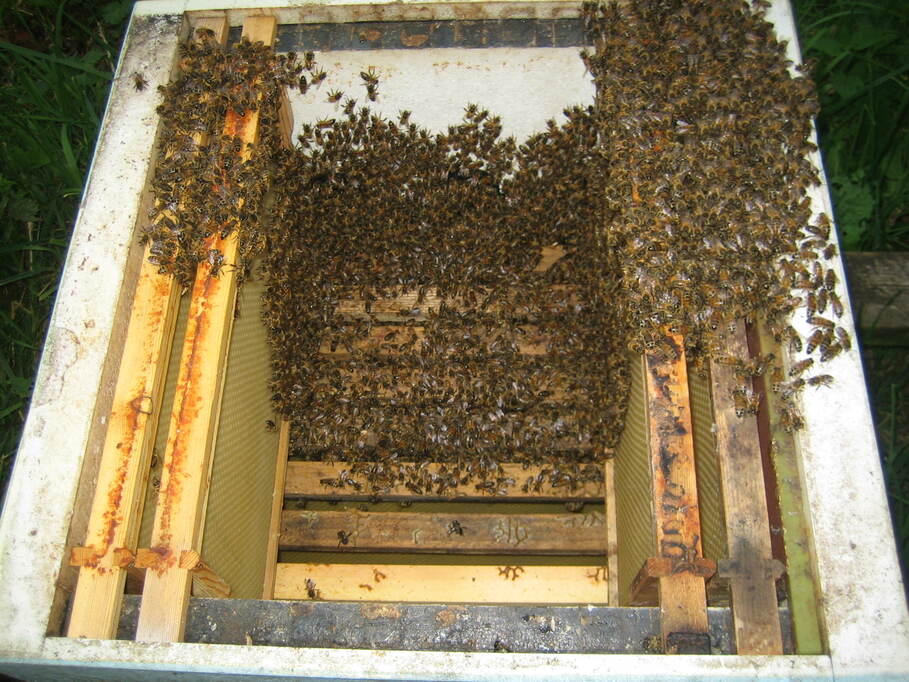 Then all the frames go back in. 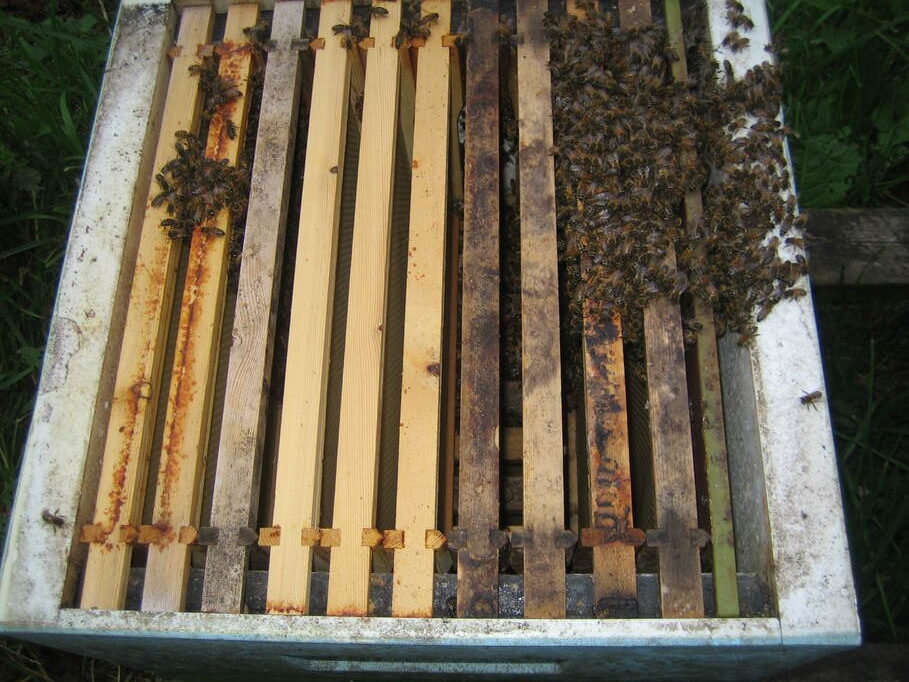 And a few left outside once the lid is on found their way back in through the entrance. 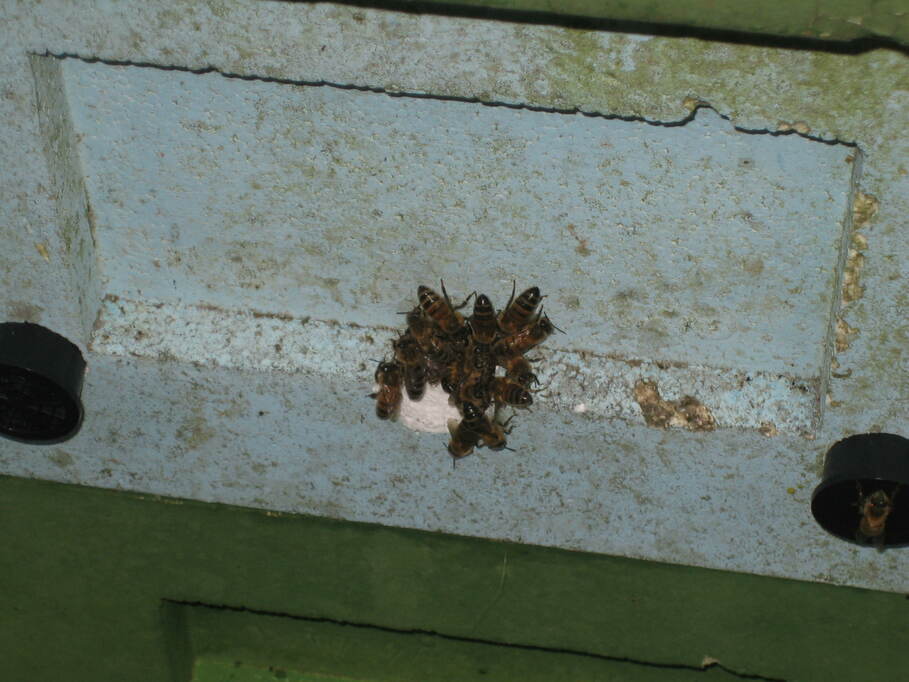 Once they’ve settled in I’ll remove the plugs either side to open up a couple more entrances so they have plenty of room to get in and out during the summer. 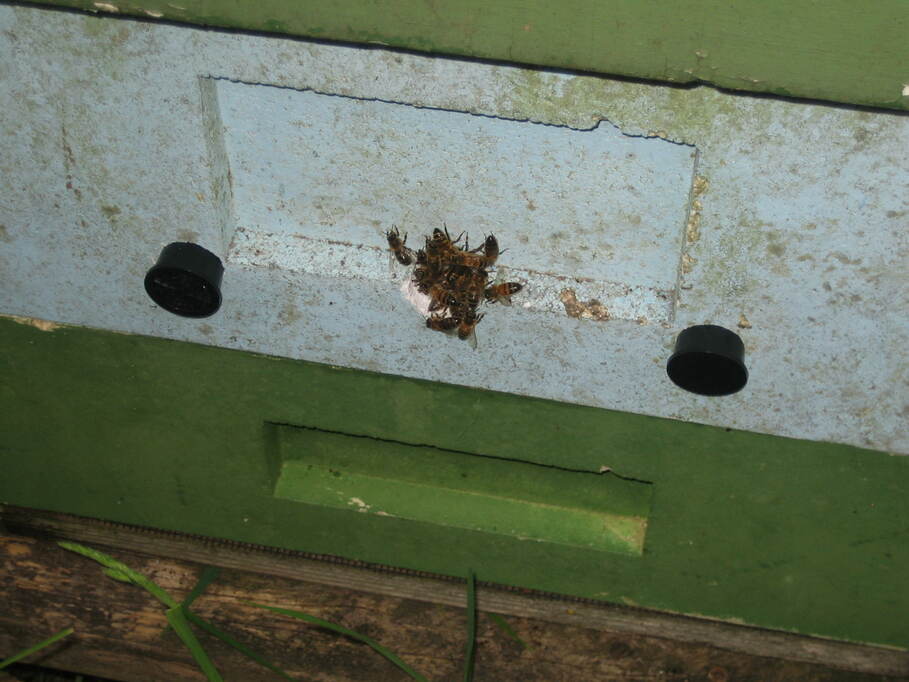 This entry was posted in Bee-keeping, Smallholding and tagged swarm. Bookmark the permalink.