No dig diary — the plot so far

Just as a bit of a catch-up, here it is. 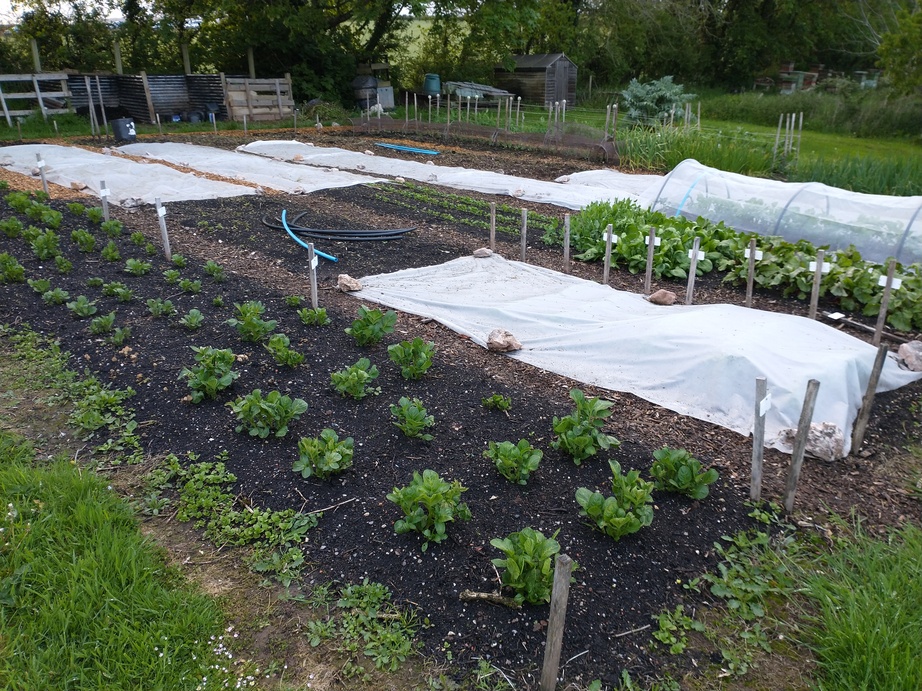 Potatoes in the bed closest, carrots under fleece behind them, with sweetcorn and squashes near the far end of the same bed. Beetroot, spinach, peas for shoots and parsnips in the bed behind that, with more sweetcorn and squashes at the far end. Behind that under the hoops there is calabrese, with more calabrese and sprouts in the same bed, and cabbages and calabrese in the bed behind, all under fleece. Then in the two beds behind those there are onions and garlic to the right, the broad beans, and peas right at the back in the centre of the photo.